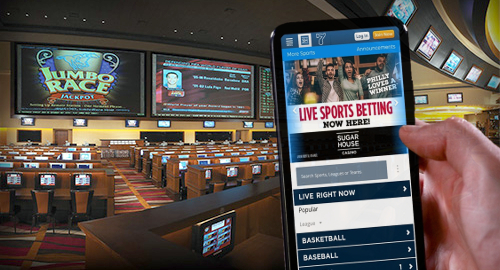 Speaking of slots, the PGCB’s weekly meeting featured some board members complaining about three casino licensees – Presque Isle Downs, Meadows and Rivers – making requests to reduce their complement of slot machines in order to free up space on their gaming floor for other amenities.

Pennsylvania taxes its slots revenue at a nation-high 56%, and the PGCB expressed unease that a reduction in the number of active machines would result in the state reaping less of that sweet, sweet slots revenue. The operators counterargued that many of their slots were standing idle and thus thinning the herd wouldn’t negatively impact overall slots activity.

The PGCB ultimately okayed the reductions, none of which will take each of the three casinos below the required minimum of 1,500 machines. Meadows’ plan was the most drastic, culling 485 machines to drop to around 2,500. Presque Isle Downs came the closest to skirting the minimum, shedding 41 slots down to 1,525.

SPORTS BETTING HITS NEW HEIGHTS
The state’s July revenue total got an $812k boost from its new online gambling operations, while the state’s nine licensed sports betting operators reported nearly $5.1m, although online promotional credits ultimately reduced this sum down to $2.85m. As a result of these credits, the digital share of revenue came to slightly under a satanic $666k, while those cheap bastards running the land-based sportsbooks collected nearly $2.2m.

Regardless, the state enjoyed record wagering handle of $59.3m in July, up from $46.3m in June. Digital channels accounted for $39m (65.7%) of July’s total, a significant improvement over digital’s 41.7% share of June’s handle.

The state’s betting market is at present dominated by SugarHouse, which claimed $26.45m (44.6%) of betting handle, with $22.16m of that being wagered online. Runner-up Rivers – which, like SugarHouse, is operated by Rush Street Gaming – enjoyed handle of $14.3m, with $9.9m coming online.

After deducting online credits, SugarHouse’s betting revenue totaled $1.1m, while Rivers reported a mere $134k, thanks to its digital sportsbook losing a quarter of a million dollars last month.