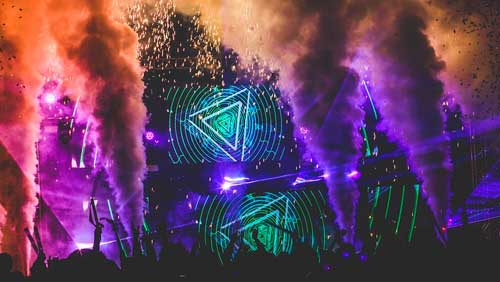 It’s still unclear exactly how soon Japan will begin deciding on who will win the three coveted Integrated Resort (IR) licenses, but two operators want to get their names out there as much as possible. InsideAsianGaming reports that both Las Vegas Sands (LVS) and MGM are waging a battle for the hearts and minds of Osaka’s decision makers.

Osaka’s urban rock festival, Summer Sonic, is kicking off August 16 and running until August 18. LVS has announced they will be the main sponsor of the event, the first time the casino operator has ever backed a major Osaka event.

The 20th anniversary of the rock festival will feature over 30 artists and bands, including internationally recognized bands like the Red Hot Chilly Peppers, as well as Tash Sultana, Naoto Inti Raymi and Kaela Kimura.

George Tanasijevich, Managing Director of Global Development for LVS, teased that this could represent more to come from the operator:

“Music is one of the representative entertainments offered by Sands’ integrated resorts. We are planning to use music and entertainment during events in Osaka to appeal to both tourists and local residents, so Summer Sonic is an ideal festival [to achieve this].”

Notably, the event takes place in Maishima, just nearby the Yumeshima site that is expected to be the site for a future IR.

Not to be outdone, MGM will be collaborating on the Osaka Senshu Summer Festival, happening on August 24 and 25. MGM Resorts Japan’s President and Representative Officer also hinted that his operation would love to continue helping Osaka with drawing in visitors: “I hope to continue working with the city and our friends from all over the region to make Osaka a global city of tourism.”

Osaka has been one of the most eager cities when it comes to winning an IR license, indicating that it wants to build one in time for the 2025 World’s Fair. Unfortunately though, analysts suggest that the timeline to build a world class IR might only be possible as early as 2026.