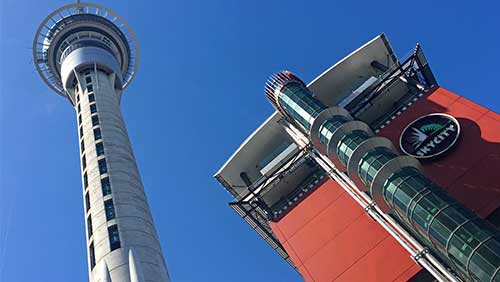 An investigation into Chinese junkets could put a hurt on SkyCity Entertainment Group Ltd’s revenues, fears CEO Graeme Stephens. The Sydney Morning Herald reports the executive fears investigations into how these junkets operate could harm their VIP revenues.

The New Zealand based operator, which runs three New Zealand Casinos as well as one in Adelaide, Australia, depends in part on revenue brought in by Asian junket operators. With the recent revelation that Crown Resorts is under investigation by regulators, SkyCity fears that its own junket operations might taper off.

“We’re not quite sure what’s going to happen in the world of junkets… it’s difficult to ignore the media and related responses in the case of Crown over the last few weeks,” Stephens said to investors on August 15. “We’re not sure what that means for us, so that’s added another layer of uncertainty in a world which is inherently difficult to predict.”

SkyCity also recently revealed a slump in their profits, a 14.7% drop overall for the previous year, which in part can be blamed on the U.S-China trade war. It would seem that many of the same suspected problems that Macau has been facing has affected New Zealand’s casino industry as well.

However, as they were talking to potentially nervous investors, SkyCity had to put a positive spin on all of this. Stephens noted that the company “views as the ‘cream’ rather than a large part of our business strategy,” noting that international revenue only made up 12% of their total takings. “We have always had a conservative attitude to it, and we’re not going to change that.”

If there is an Australian crackdown on Chinese junkets, SkyCity is atleast protected by having the majority of their properties still in New Zealand, which saw increases in international turnover from players, which should be a hopeful sign to their prospects for the upcoming year. And even then, the operator blamed the revenue slump on a lower than expected house winning rate, which was at 1% rather than the expected 1.35%.