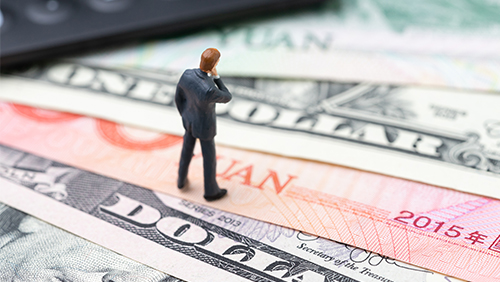 Macau’s gaming industry isn’t as strong this year as was previously expected and the trade war between the US and China has often been cited as one of the reasons why. However, at least one firm that follows the industry believes that the economic power struggle between the two countries isn’t playing as much of a role in the weaker performance as has been portrayed. Macquarie Capital thinks the issue has more to do with what’s going on in the private sector in mainland China than anything else.

To bolster its argument, the investment bank said in a report this past Monday, “Macau gross gaming revenue (GGR) was surprisingly stable after U.S.-China trade tensions escalated in May… While Macau share prices have reflected sentiment towards trade negotiations, we aren’t convinced the trade war has been the core driver behind Macau’s fundamental softness. Rather, 2019 VIP volumes haven’t been reacting to changes in trade war sentiment.”

In order to determine where the heart of the issue lies, Macquarie sought out other potential factors and finally settled on weaker domestic activity in China. They found that the local economy is not receiving the type of support it needs and said that “conditions for private enterprises [in China] have remained weak.”

This led the analysts to conclude, “Regardless of the trade war narrative, we don’t expect a recovery in VIP unless policy officials loosen shadow lending conditions. However, this creates an interesting buying opportunity if shadow lending picks up but Macau share prices remain depressed as trade tensions persist (or worsen).”

Macquarie may be on to something, but other factors are certainly damaging Macau’s activity. Most notably, the unrest in neighboring Hong Kong is causing a disruption in Macau, as well, as visitors stay away from the entire area. Wynn Resorts CEO Matt Maddox said earlier this week, “When you have hundreds of flights cancelled out of Hong Kong and some reluctance to travel, I do think that’s impacting the premium end of the business.”

The Shun Tak Centre in Hong Kong is a launch point for ferries headed to Macau. Tour operators point out that they have seen a decline of 30% or more in ticket sales from Hong Kong to Macau as a result of the protests, which often take place in neighborhoods close to the port.

All of the factors, including the trade war, are bringing down Macau’s performance. The gambling hub still remains economically strong, but it is undoubtedly hoping these issues go away in the real near future.