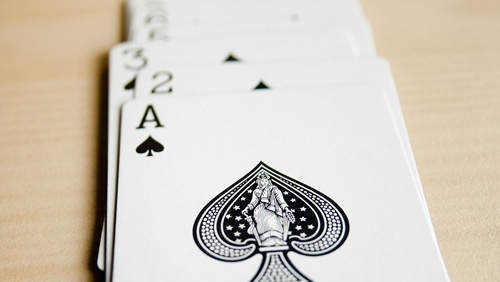 David Benefield has won the first live tournament of his illustrious career, after taking down Event #6: £25,000 No-Limit Hold’em Short-Deck in London.

When it comes to mastering No-Limit Short-Deck, there are mayflies and Greenland sharks. Mayflies sit down, take a punt, and are dead within a day. Greenland sharks take a seat and take their time to learn the game, surviving on mayfly carcasses, until they are the apex predator.

David Benefield is a Greenland shark.

Benefield built a fierce online reputation under the moniker ‘Raptor’, and in recent times he’s focused his attention on Short-Deck No-Limit Hold’em tournaments, with Triton his tour of choice.

Poker’s Oracle believes there are more to come.

The first Short-Deck tournament of the series attracted 106 players (inc. 53 re-entries), and the final day of action began with ten players hoping their fruit would rot.

Talal Shakerchi will have no complaints about this event, making the final table in his first stab at Short-Deck. The Hedge Fund Manager from London exited in seventh place when his QdJh ran into the painful whip of two black kings.

Peter Jetten is still seeking his first Triton title after failing to convert his tenth final table into a win. The Canadian left the tournament in the sixth spot, and Lim followed him down the incredible Triton tunnel shortly after.

As players began floating downstream like leaves off an autumnal tree, Bjorn Li threatened to run away with it until Benefield snatched the lead in his jaws before eliminating Li after flopping a queen on the flop when all-in QhTd v KcTs.

The starting chip leader fell in third, leaving a heads-up encounter between Cheong and Benefield. It was another classic East v West dynamic, but unlike Bryn Kenney in the final of the Triton Million, Benefield managed to take the title after a topsy-turvy heads-up duel.

Cheong doubled twice, first when hitting a straight on the river to beat Benefield’s flopped set, and then when A7dd beat A6cc. Benefield used all of his big-time experience to weather that storm and remained composed enough to finish the job when turning a straight holding Td9d to beat Cheong’s As9h.

Speaking to reporters after his win, Benefield said, “It’s an emotional roller coaster, but that’s short-deck. You just keep going all in. Sometimes you win, sometimes you lose.”

And then, the Greenland shark swam back to his room to contemplate winning the £100,000 Short-Deck Main Event.