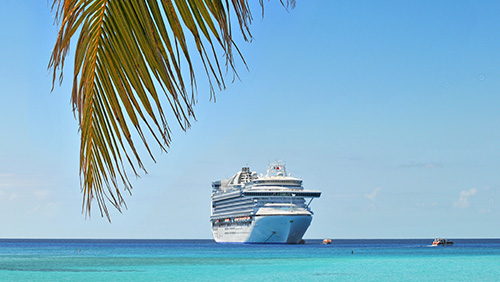 Genting Hong Kong (Genting HK), a subsidiary of Malaysia-based casino operator Genting Bhd, is offloading a large piece of its casino cruise ship business, Dream Cruises. The company has reportedly agreed to see as much as 35% of its operations to a company owned by TPG Darting, Ltd., a subsidiary of TPG Capital Asia and Growth Funds.

In a press release (in pdf) from Genting HK from this past Tuesday, the company stated that it is negotiating to first sell 24.5% of the business to TPG Darting. As the relationship develops, it would increase the amount to as much as 35%. Genting HK specified that the remainder of the purchase should be completed before the end of the year.

The company further states, “The disposal would strengthen the group’s balance sheet and its ability to continue to expand its fleet in the cruise industry. The disposal would also reduce the group’s financial burden in meeting future funding requirements in relation to Dream Cruises business.”

TPG Darting will shell out close to $489 million in cash to pick up the 24.5%, pushing the total value of Dream Cruises’ equity to $1.39 billion. The sale will result in the net asset value of Genting HK’s shares to increase by $0.055.

The first 24.5% of the 35% is expected to be handed over sometime in September when TPG Darting will make a $342-million payment. Before December, it will turn over the rest of the funds in order to take possession of the entire 35%.

Genting HK Chairman and CEO Tan Sri KT Lim said in the press release, “Dream Cruises is the premium brand for the fast growing Asian-sourced cruise passenger, with the vision that they will be able to cruise globally in all regions of the world with Dream Cruises. The investment by TPG and Ontario Teachers’ will help Dream Cruises to have the youngest and technologically most advanced fleet of quality German built cruise ships with legendary Asian service. And we are delighted to partner again with TPG as we did on Norwegian Cruise Line Holdings Ltd. in 2008.”

Shareholders don’t need to weigh in on the transaction. According to Genting HK, it already has their permission, received through written approval from a “closely allied” group of shareholders that include Golden Hope, the chairman of Genting Group and Joondalup. Between those three, they control 75.12% of the issued capital share.