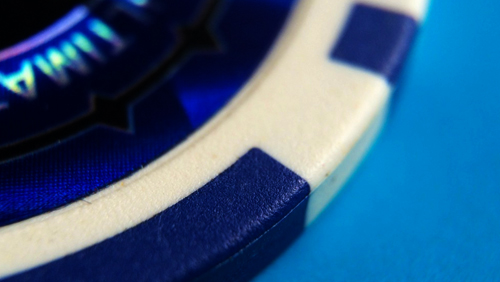 Bill Perkins leads the final 36-players in the hunt for the record £19m first place prize in the £1m buy-in Triton London Million.

Bill Perkins may grow money with the proficiency of Percy Thrower growing chrysanthemums, but in his spare time, he likes to make movies.

“It’s a hobby,” he once told me during an interview.

Well, his hobby may well become a more prominent feature in his life, because as you and I ponder the existence of the human race, Perkins leads the final 36-players in the richest buy-in poker tournament the world has ever seen.

Triton Million: A Helping Hand for Charity, began with 54-entrants, surpassing the 48-entrants that participated in 2012’s Big One for One Drop. The £54m prize pool is the most substantial ever recorded outside of the World Series of Poker (WSOP) Main Event. The £1.1m bubble is the steepest ever. The £19m first prize is the most ever handed to anyone in a poker tournament.

The stats are insane, and the emotions matched.

The atmosphere inside the Hilton on London’s Park Lane made your hairs salute. It was an incredible vibe as people from all walks of life prepared for a once in a lifetime experience.

For the first six levels, the non-pros and the pros played separately. By the time the two groups merged, Jason Koon was leading the pro side, and Rob Yong had a stranglehold on the non-pros side. It wouldn’t end up like that, although both partypoker lovers ended up in the Day 2 seat draw.

The beginning of the tournament was all about the exits.

The first to leave the contest was Rick Salomon. The only man to ever make three final tables in seven-figure buy-in events, pushed his stack to Andrew Pantling, but despite taking the early lead, the Canadian didn’t survive the day.

Tom Dwan lost out to Timofey Kuznetsov in a battle of old v new online legends, Jason Koon edged David Peters over the cliff, and Fedor Holz also went for an early bath.

Paul Phua will have to wait for another day or two before trying to win his first Triton title. Phua made money in the £25k the day before this event for a record 14th Triton cash, but he didn’t make it to Day 2 after Vivek Rajkumar sent him to the rail shortly after dinner. Triton co-founder, Richard Yong also fell on Day 1.

Rajkumar was one of the stars of the show, playing every other hand, and after eliminating Phua, he went on to become the first player to exceed 3m in chips. Another player who was playing superb poker was Dan Smith, choosing his spots wisely to maximise full value from non-pros, at the feature table.

Then Bill Perkins came from nowhere.

The 2016 One Drop winner, Elton Tsang, was the first to get burned, losing set versus set. Then Perkins’ set of sixes held against the straight flush draw of Rajkumar to ensure Perkins had a hero and several key beats in a cracking script.

Who will be the villain?

Tune in at 1 pm (UK) at Triton Poker for Day 2 of the richest buy-in tournament in the world to find out.