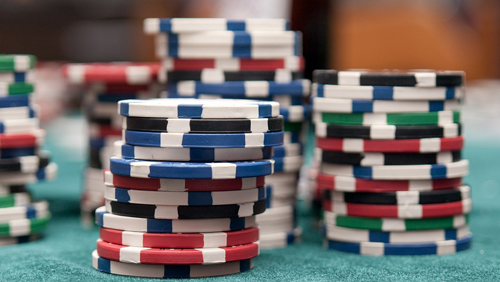 We learn the name of the Oregon poker player embroiled in a piracy scandal, how Tony G lost his bid to remain a Member of European Parliament, and how Bill Perkins intends to run a live tournament with a guarantee of $100m.

The wonderfully named Talon White has emerged as the poker player at the centre of an Oregon video piracy scandal. As previously declared, White has seen more than $4m in cash/cryptocurrency and a $336,000 Oregon home vanish like a dry martini with a twist in the hands of a young Keith Richards.

Despite my posturing at the time, the madness of a novelist, painter or dog walker paying to download a movie or TV show in this day and age it seems it’s a lucrative business (if you don’t get caught). Poker’s Sherlock Holmes, Haley Hintze (it seems a better choice than Miss Marple), discovered that as part of the investigation, the Feds seized the following amounts in Chase Bank Accounts for a company called Viral Sensations Inc.

If you thought that was bonkers, White himself had $8,029,933.72 in a Stripe account and more than a million dollars in Bitcoin Core (BTC) and Ethereum (ETH). Initially, White’s name never became public record because the feds never charged him, but more recently, his name has emerged in several high profile reports on the case.

White’s lawyer maintains that White is a poker player, but a quick squint at The Hendon Mob database only shows $100,953 in total live earnings, with his best score coming last summer finishing 14/169 in a $10,000 Omaha Hi/Lo 8 or Better Championship for $20,948.

‘No Vote’ for Tony G

As Tony G stormed into the Maestral Resort & Casino poker room during a Triton Poker Super High Roller event, calling everyone a nit, and daring them to play some hands, a voice close to me said, “How can a member of the European Parliament behave in this way?”

Well, he’s a member of the European Parliament (MEP) no more.

After five years in the job, Tony G failed in his bid for reelection as MEP for Lithuania (has it been that long), opening the doorway for more ranting and raving from Tony G at the poker table, because let’s be honest, we bloody love it).

I am grateful to have such a loving, supportive family & such an amazing group of supporters. I want to thank each & every one of you.

A big thanks to everyone who voted for me.

It has been the greatest honour to serve #LT & #EU these past 5 years.#ThankYou #EP #NewHorizons pic.twitter.com/XhDIHvLrc5

Bill Perkins is proposing that the poker community raises the bar when it comes to live tournament prize pools.

The current record for a live multi-table tournament (MTT) prize pool has stood for 13 years, and Perkins thinks it’s high tide someone smashed it, and he’s considering leading the enterprise.

Perkins thinks the record is prime to fall.

What are your thoughts on how Perkins could achieve this goal?