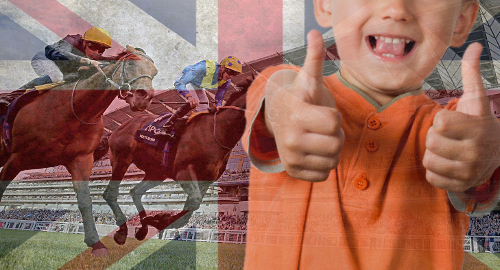 Seven UK bookmakers are at risk of losing their licenses after they were caught allowing underage customers to place racing wagers at their on-course betting windows.

On Tuesday, the UK Gambling Commission (UKGC) announced that seven of its betting licensees had failed clandestine Age Verification tests at last month’s Royal Ascot meet. The Royal Borough of Windsor and Maidenhead, with support from the UKGC and Trading Standards, tested 17 operators, seven of which allowed a 16-year-old to place a £5 bet.

The seven unspecified kid-friendly bookmakers now face the UKGC’s regulatory wrath, which could include everything from a warning to financial penalties to outright revocation of their gambling license. UKGC exec director Richard Watson bemoaned the fact that “despite various educational attempts to raise standards … the on-course sector has historically performed poorly” in preventing kids from wagering.

The seven shamed operators couldn’t have picked a worse time to slack off on their social responsibility obligations, given the UKGC’s increasingly intolerant stance toward such lapses. And the UK government just opened a consultation on whether to prohibit its online gambling licensees from allowing gambling with credit cards.

The UK government also just got a new minister for Digital, Culture, Media and Sport (DCMS), which includes the gambling sector. New PM Boris Johnson appointed Nicky Morgan as the new DCMS head in last week’s cabinet shuffle. Morgan was previously a sharp critic of the government stalling its plans to reduce stakes on fixed-odds betting terminals from £100 to £2. Morgan accused her own party of having “prioritized the preservation of jobs in the gambling industry over the addiction of those who suffer from these machines.”

However, it was announced Tuesday that direct responsibility for gambling will be given to Rebecca Pow, MP for Taunton Deane, who was appointed under-secretary of state for arts, heritage and tourism. The Racing Post quoted a local Taunton racing figure as saying Pow was “very pro-racing.”