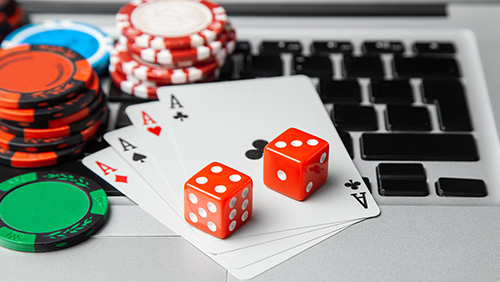 The gambling environment in North Carolina (NC) continues to change on almost a weekly basis. After a huge shift in opinion across the U.S. began to drive sports gambling and casino legislation in a large number of states, many didn’t expect the Tar Heel State to be included in the mix. However, NC lawmakers have surprised the residents and, possibly, themselves. In the latest move that goes against the state’s previous no-gambling-ever-as-long-as-I’m-alive policy, sports gambling is now legal.

Two casinos owned by the Eastern Band of Cherokee Indians are now able to offer sportsbooks after NC Governor Roy Cooper signed his name to Senate Bill 154 (SB 154) last Friday. That piece of legislation takes the definition of Class III gaming in NC and alters it to include sports gambling.

The Cherokee people have a lock on gambling in the state. They offer the only two casino resorts in NC — Harrah’s Cherokee and Harrah’s Cherokee Valley River — that are operated by Caesars Entertainment. The tribe will now also be the sole owner of the state’s sports wager industry.

Seventeen states now offer legal sports gambling across the U.S. and this number continues to grow. Despite the Department of Justice’s (DOJ) misguided attempts at trying to grab control of gambling in the country by quoting the Federal Wire Act, states are showing that they will determine their own destinies.

North Carolina has been a relatively conservative state with strict anti-gambling laws and no-cussing-on-Sunday rules in certain cities and towns. It began loosening up its shirt collar this past May when it said that certain types of gambling were allowed — if connected to a charitable event. However, the next month, the state said no to fantasy sports. The legalization of sports gambling is a break from the norm in the state and demonstrates a change in the mentality.

While certain concessions have been made to allow gambling activity to take place legally, mobile gambling still remains off the table. This isn’t unlike what has been seen in some other states and may have something to do with the DOJ’s position. However, the DOJ will ultimately lose its absurd battle and online gaming will make its way across the entire country.