Casinos are now legal in North Carolina—kind of, sort of, with a huge caveat. In what has traditionally been a conservative state on the U.S. “Bible Belt,” North Carolina is easing up a little bit, taking a baby step into the gambling world. However, casino operators don’t need to start frothing at the mouth. 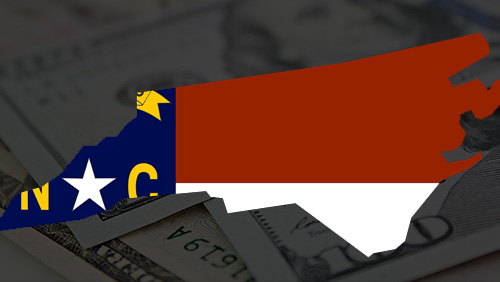 Last Friday, Governor Roy Cooper signed a bill that authorizes “casino nights” that can be organized by charitable organizations. Previously, the activity was controlled on a county level, with some county district attorneys prosecuting entities that held casino nights for charity, while others turned a blind eye.

The new law will allow games such as blackjack, roulette, poker and other table games, provided the money is destined for charity. It also allows something that most thought would never be possible in North Carolina—alcohol.

There are some other limitations, as well. Any area west of where Interstate 26 runs through the state—just south of Asheville to Pisgah National Forest—is still off-limits. This area is too close to two Harrah’s Casinos that are run by the Eastern Band of Cherokee Indians, which has an exclusive agreement with the state to operate gambling activity.

The casino nights bill could be a precursor to something bigger if enough support among the state’s conservatives can be gathered, and was most likely drafted in an attempt to change opinions. Lawmakers are trying to introduce sports gambling to North Carolina, but the view on gambling is keeping the idea suppressed. If casino nights can be successful, perhaps the population will be more accepting of sports gambling.

The North Carolina Senate passed a measure recently, Senate 154, that would allow sports gambling to come to the state. Since the Cherokee people have exclusivity on gambling, only the two Harrah’s locations, Cherokee Valley River Casino and Hotel and Cherokee Casino Resort, would be authorized for the activity.

It took what seems like forever for North Carolina to agree to live poker at the tribal casinos, and a lot of progress has been made since then. While the Tar Heel State is still mostly conservative, it is adapting and people are realizing that gambling doesn’t necessarily have to be the work of the devil, especially when it helps to improve the state’s budget.