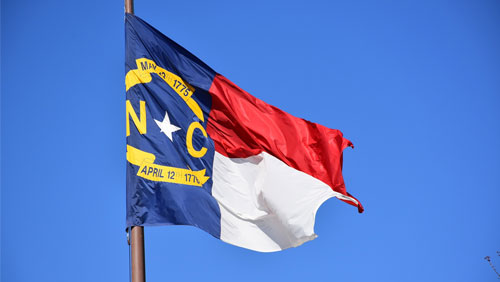 North Carolina is on the heels of sports gambling revenue. The state is considering legislation that would legalize the activity and, if the bill’s sponsor is correct, the bill won’t get stuck in the tar as it races toward the finish line.

Senate Bill 154 was introduced this past Wednesday by Senator Jim Davis and would allow sports bets on both professional and collegiate games. He predicts that it will be passed within a month and doesn’t see any reason why the bill couldn’t be signed into law by this June. This is Davis’s third gambling-related bill, with all of the activity being authorized for the Cherokee Indian tribe in the state.

Davis explains, “The Eastern Band are wanting to get into sports wagering, and wagering is legal now after the Supreme Court decision of May of last year overturning PASPA. It’s a legal enterprise and they want to expand to include wagering in my district, so I consented to file the bill and don’t expect it to have any problems getting passed.”

The tribe apparently isn’t interested in mobile or online gaming. These segments are not included in the bill, and Davis explains, “I’m in favor of restricting it, and that’s why my bill will not allow an app. The Eastern Band came to me with this proposal, and that’s what they wanted. They’re not interested in expanding it at this time, and probably have no interest in expanding in the future.”

North Carolina may have entered the sports gambling race late, but the bill should have good chances of succeeding. 30 states have now introduced legislation on the subject this year, showing that it continues to grow in popularity. Davis isn’t concerned about any resistance, explaining, “I know some people won’t vote for it because they have moral objections to wagering, but I don’t think it will be many. I’m not a fan of it myself, but it’s a legal enterprise and people aren’t forced to do it, so the Libertarian in me says to have at it. You’re not going to unring that bell because they already have casinos. This is just a small addendum to what they’re already doing.”