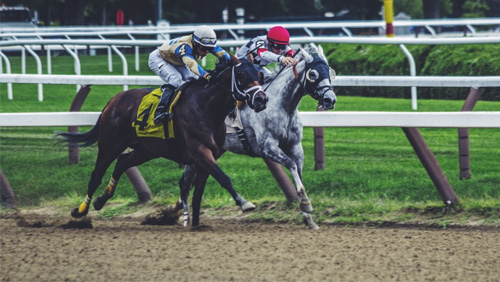 The Manila Jockey Club (MJC) is giving up its stomping grounds. The organization has reportedly entered into an agreement with a real estate firm that will see its current 148-acre site in Carmona, Cavite, converted into a new central business district. As a result, provided the deal meets regulatory conditions, the MJC is going to have to find a new location to run its horse races.

According to The Philippine Star, The MJC has signed a memorandum of understanding with Ayala Land Inc. subsidiary AKL Properties Inc. to convert the land. Ayala will become the development manager and the MJC is turning over the property in exchange for economic considerations with the new master-planned community project. How much the club will earn through the deal has not been revealed.

The race track has been in Carmona for the past 15 years, after relocating from San Lazaro Hippodrome in Manila, and only last month added a high-stakes poker room. Just building up its area clientele, the MJC is now going to have to relocate and find new gamblers.

There is still some time before any major changes are to be made and no relocation is expected for another two years. The MJC points out that the “relocation of the horse-racing track shall be subject to the approval of the renewal of the MJC’s horse racing congressional franchise which is set to expire on 22 November 2022.”

The MJC has been around for almost 100 years. It was first incorporated in 1937 and given a congressional franchise in 1997 that allowed it to operate its racetrack, as well as to conduct horse races. It now offers races two days a week and is also involved in off-track betting (OTB) operations with 221 OTB facilities set up around the Philippines.

The company goes well beyond horseracing, though. It is also involved in the development and sale of condos and residential properties, as well as the lease of an office building, by means of joint venture partnerships it has established with property developers. It is also the owner of the Manila Cockers Club (MMC) and Hi-tech Harvest Ltd. HHL was incorporated by the MJC in 2015 and provides marketing and advertising services for MMC’s cockfighting operations.