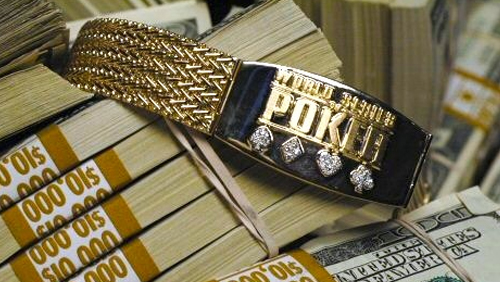 At three hours, Day 8 of the World Series of Poker Main Event was the shortest by far, but it wasn’t without action as four players hit the rail leaving five left in contention for the $10m first prize.

Gates was the biggest mover in a short and shrift Day 3 that saw four people tumble out of the most iconic poker tournament in the world, with a 73% hike in chips, drawing him closer to the dominant chip leader, Hossein Ensan.

Day 8 of the Main Event lasted a mere three hours, and here are the significant moments.

With blinds at 500k/1m/1m, Zhen Cai opened to 2.7m from under the gun (UTG), Nick Marchington moved all-in for 19.6m, and Cai called. Marchington was ahead with pocket tens versus ace-queen, and a ten on the flop handed Marchington a set to double-up, which he needed as a queen hit the river.

With blinds at 500k/1m/1m, the action folded to Garry gates in the small blind, and he moved all-in for 18m effective, and Skrbic made the call for his tournament life from the big blind. It was a cooler with the ace-queen of Gates dominating the ace-jack of Skrbic, and five community cards later, the former World Series of Poker Europe (WSOPE) Main Event finalist was the first casualty of the day.

With blinds at 500k/1m/1m, Timothy Su open-shoved for 17.7m from UTG, and Hossein Ensan made the call in the cutoff. Su tabled pocket treys, Ensan turned over ace-jack, and a second jack on the flop ended the Day 5 chip leader’s Main Event experience.

With blinds at 600k/1.2m/1.2m, Ensan opened to 2.4m from the cutoff before calling Marchington’s 14m shove from the button. Marchington needed an ace (ace-seven) to dethrone Ensan’s pocket kings, but it never materialised, and the British pro was out.

With blinds at 600k/1.2m/1.2m, the chip leader, Ensan opened to 2.4m from the cutoff, Kevin Maahs called from the small blind before Cai moved all-in for 28.7m. Ensan folded, and after a count, Maahs made the call. It was a flip with Maah’s pocket nines beating Cai’s ace-king, and with that, the action concluded for the day.

The action resumes on Monday at 18:30 Vegas time. The original plan was to get down to three players, but give there are only five remaining, Tournament Director, Jack Effel, may change things.