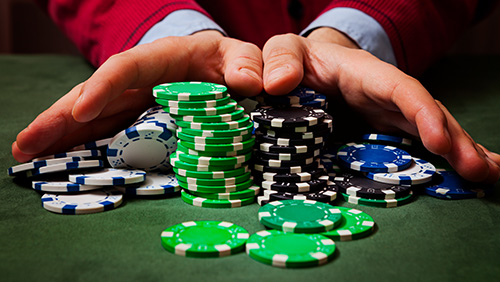 Pennsylvania has been bitten by the gambling bug and it now wants more. The state’s gambling regulator, the Pennsylvania Gaming Control Board (PGCB) met Wednesday and approved a measure to allow another five mini-casino gambling licenses to be issued. This September, the PGCB will hold an auction to issue a Category 4 satellite casino license, according to an announcement on the group’s website.

Bids for the license will be accepted ahead of the board’s meeting on September 4 at 10 a.m. The minimum bid will have to be $7.5 million and the satellite will be able to operate as many as 750 slot machines. The winning bidder will also have to shell out another $2.5 million in fees if it wants to add table games. That portion of the operations are subject to separate approval and would allow up to 30 table games to be offered.

The announcement indicates that the decision to launch the auction comes following the board decision to restart the process after it came to an end in April 2018. It adds, “The auction will be held in the PGCB’s Public Hearing Room located on the second floor of Strawberry Square in Harrisburg. All current holders of a Category 1, 2 or 3 casino license in Pennsylvania are eligible to participate in this auction.”

Category 4 properties are allowed in the state per a law that was enacted in 2017. Governor Tom Wolf signed off on legislation that paved the way for satellite casinos in the state, as well as for sports gambling and daily fantasy sports. The same legislation also authorized gaming lounges to be erected in airports and gaming terminals in some of Pennsylvania’s truck stops.

Pennsylvania’s gaming industry continues to develop, with fluctuations in revenue seen throughout its history. Last year, the state’s 12 land-based casinos had combined gross gaming revenue of $3.22 billion, which was a new high for the industry. However, accounting for inflation, it was also the worst figure for the state since introducing table games in 2010.