Skill games supplier in Pennsylvania sues another over illegal gambling

Skill-game machines manufacturer Pace-O-Matic is looking to bury a rival. The company, which is behind the Pennsylvania Skill brand, has introduced a lawsuit involving a competitor after a gaming operator in Johnstown, Pennsylvania, was found to be using the rival’s allegedly illegal gambling machines. Pace-O-Matic was the subject of a similar lawsuit a few years ago. 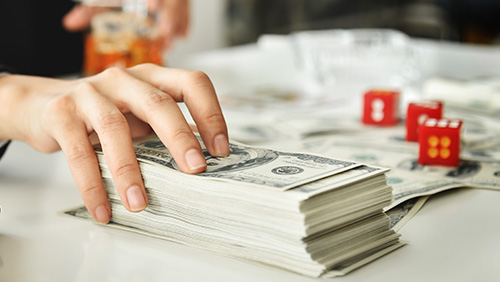 In its suit, which has yet to be published, Pace-O-Matic accuses 3C Amusements of operating illegal gambling devices. The company asserts, “3C Amusements is operating machines that have been ruled illegal gambling devices and is advertising its business as a casino.” It believes that the machines are more chance-based than skill-based, which would make them illegal under Pennsylvania laws.

The machines in question operate like slots, but include certain aspects that rely on a player’s ability to recognize patterns in order to improve his or her score or that make use of fast reflexes or other traits to perform better at the game and, subsequently, receive rewards. Pace-O-Matic asserts that the rival’s machines don’t meet this requirement and are, therefore, illegal.

Pace-O-Matic had to defend itself in court in 2014 over a similar accusation. At the time, the company’s machines were said to be illegal because they were based on chance and not skill, but Pennsylvania’s State Court ultimate determined that this wasn’t the case and allowed the games to be in circulation.

In Pennsylvania, a gambling device can only be deemed as such if it fulfills three requirements—it offers a stake, the result is determined by chance and it offers a reward. Pace-O-Matic’s machines, the court decided, required enough skill to be success that the second criteria had been removed.

Several other states have already determined that gambling machines, even though they are based on skill, are illegal. Colorado, Idaho and Virginia, among others, are taking a strong stance against the devices and Pennsylvania could soon follow suit. Legislation has been entered by Senator Tommy Tomlinson that would essentially bar any type of machine that even remotely resembles a gambling activity to be illegal unless approved by the state.

Tomlinson states, “I drafted this legislation after learning the impact these machines have on the Pennsylvania Lottery. I am concerned about the negative effect these unregulated, unlicensed, untaxed gambling machines have on unsuspecting players, youth and lottery funds, which support essential services for our senior citizens.”