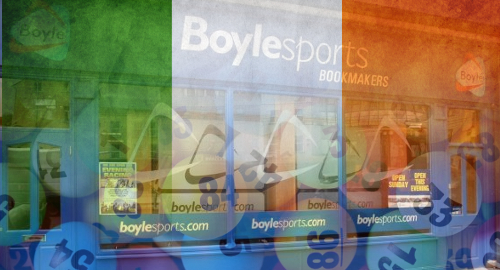 Some Irish politicians want to prohibit the nation’s bookmakers from offering lottery betting either online or in their betting shops.

Ireland is in the midst of updating its archaic gambling laws, although this interminable process seems to have begun shortly after the potato famine. Nevertheless, Irish politicians continue to debate the specifics of the Gaming and Lotteries (Amendment) Bill 2019, and the apparently mortal threat of lottery betting has now been thrown into the mix.

Irish media outlet RTÉ reported this week that Donnchadh Ó Laoghaire, a Sinn Fein member of the Justice Committee in the Irish legislature’s lower house, submitted an amendment to the gambling bill that would prohibit Irish bookmakers from offering bets on lottery outcomes.

Ó Laoghaire claimed that these “lottery type experience games” were depriving the National Lottery of €400m in annual revenue, which in turn meant Lottery operator Premier Lotteries Ireland (PLI) was funnelling €110m less than it might toward good causes each year.

That argument will sound familiar to anyone who’s listened to PLI execs whinge about how ‘parasitic’ online lottery betting operators such as Lottoland, MyLotto24 and MultiLotto have been drinking their lotto milkshakes in recent years (although these companies beg to differ). And Ó Lagohaire appears to have been quoting directly from a submission PLI made to the committee.

The Irish Bookmakers’ Association (IBA) issued a statement reminding everyone that its members have been offering lottery betting for a quarter-century now, and lottery betting is estimated to account for 10% of retail turnover and 5% online. IBA chair Sharon Byrne noted that bookmakers are also major contributors to good causes and said a lottery betting ban “will only serve to extend a monopoly via misplaced legislation.”

The Irish government has already come out against a proposed lottery betting ban, with Minister of State David Stanton noting that accepting this amendment “might lead to further demands from the National Lottery,” such as a ban on local lotteries that benefit sports clubs and community groups, who are also allegedly siphoning sales from the national product.

Ó Lagohaire later withdrew his amendment but reportedly plans to bring up the issue again when the legislature reconvenes in the fall. Ó Lagohaire subsequently issued a tweet clarifying that his amendment “was focused on online off shore organizations taking money away from national lotteries (not on having a bet on lotto in bookies).”