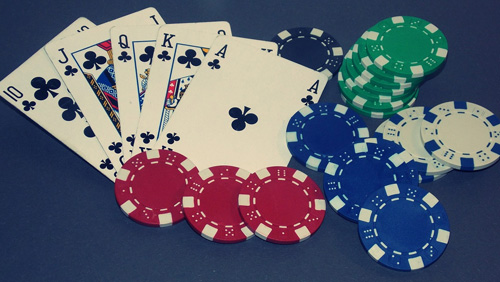 It was a moment, the people of Essex never expected. Hell, the world never saw it coming. Bone white expressions litter the face of the poker community, even as I consider asking the barista to pour more hot water into my teeny-tiny teapot.

Chris Moorman is no longer the most successful online poker multi-table tournament (MTT) player in the world.

There, I’ve said it.

As the most magnificent sunflower in the world about to lose its erection, you knew this was coming, but with Niklas’  lena900′ Åstedt a reasonable $500,000 behind Moorman, in second place in the PocketFives All-Time Money List—even with the Swede going at it hammer and tongs, with Moorman more subdued, it would take a while.

Then out of nowhere, like a spurt of water out of a centre square fountain that ran dry a millennia ago, Hungary’s Peter Traply came out of the closet with his $16.73m in online MTT winnings.

Traply has been grinding online for the past 13 years, and has racked up an astonishing 27,347 cashes, more than his three closest rivals combined (Moorman, Åstedt and Simon “C Darwin2” Mattsson). His record-breaking $16.73m in cashes breaks down as follows:

Traply’s currently ranked #19 in the PocketFives World Rankings and has been as high as 5th in 2013. It’s also worth noting that Traply’s compatriot, Andras’ probirs’ Nemeth reached the top of the World Rankings earlier this year, and is currently the World #2. It wasn’t until Traply’s spreadsheet showed he had surpassed Moorman’s record that he gave Lance Bradley the call.

What do you expect from the country that brought you the Rubik Cube, the biro and Harry Houdini?

Traply can’t match Moorman’s live achievements, but he did become the first Hungarian to win a World Series of Poker (WSOP) bracelet when he took down the $5,000 No-Limit Hold ’em Shootout in 2009, the same year he final tabled the European Poker Tour (EPT) Grand Final in Monte Carlo, finishing eighth.

Moorman was the first player to smash through the 10 million (2013) & 15 million (2018) barriers. However, you sense, with his residence now in Las Vegas, and his itinerary more varied than only online poker, the likes of Traply, Åstedt and Mattsson may be the better bet to be the first to ascent the 20 million mountain, unless there is another secret lurking behind the scenes.

Moving swiftly on from human beings who play like robots, to robots that have failed to play like human beings, and partypoker has announced another raft of bot closures on the site.

Partypoker has obliterated a further 67 accounts like raindrops crashing onto the roof of a speeding train seizing $24,257 from dotcom account balances and a further €8,888 from accounts belonging to its doteu market. 63 of the 67 accounts came from the site’s dotcom license with the other four registered to doteu.

In a recent interview for CalvinAyre.com, Rob Yong, partypoker’s main man when it comes to the ever-changing shrubbery on the site, described his plans to create an independent body to drive cheats out of poker called: “Online Poker Against Cheating,” where he plans to join forces with the other leading online entities in the industry to kill even more bots.