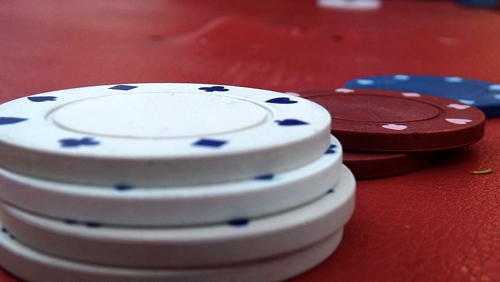 A potpourri of pieces from partypoker including a further update on the extermination of bots, a reaction from the enemy, and news from Monster Series and POWERFEST.

When it comes to the clemency of bots, partypoker is as ruthless as a buckle welt teenager holding a Monarch between his whorls.

In May, the online poker room ignored the screams of bots desperate for a suck on their motherboard’s nipples, executing 42 of them, 33 (78.6%) from the Dotcom market, and nine (21.4%) from their Doteu patch.

The lighthouses of direct player feedback spotting eight of the closures, and if you come across some funky shit while scanning partypoker’s tables then email [email protected], and they will do the killing.

It’s the third monthly report of this type released by partypoker and a 55.3% drop on last month’s figures (94). €50,000 in confiscated funds will find its way back to the victims.

Poker software creators don’t like the palm in the face.

partypoker players have until June 17th to change their screen name in a bold move engineered to create a safer and less hostile environment for recreational players.

The move makes it virtually impossible for third-party poker software creators like Hold’em Manager (HEM) PokerTracker (PT) and TableNinja to operate on the partypoker site, and some quarters of the community think that’s a mistake.

According to Haley Hintze over at Flushdraw, unnamed sources coming from HEM’s owners, Max Value Software LLC., have vented their frustration on a high profile poker forum, reminding the poker community that the interrogation of hand histories had led to the biggest online poker scandal busts of our time.

partypoker’s brave new world puts a cricket bat through the downloading of hand histories, and HEM reps don’t feel it’s wise to put all of your chips in old newspaper supplied by partypoker.

While you would expect a company that faces the stark realisation that their once valued product is soon to become as uncool as someone wearing sunglasses indoors, the statement is spot-on, and partypoker themselves encourages people to report potential bot-behaviour, and the only way for people to effectively do this is through the scrutiny of hand histories.

It’s going to be an interesting few months.

After partypoker’s recent POWERFEST failed to hit guarantees across 62 events resulting in a $974,350 overlay despite churning out $37.6m across 226 tournaments, it’s worth noting that they have just collected $3,011,017 across 108 tournaments in the $2.5m GTD Monster Series.

And POWERFEST is back.

partypoker’s nightingale in a murder of crows returns in August, and that’s all we know for now.

Why wait for Godzilla vs Kong when you can play partypoker’s Monster
Lee Davy
26 September 2017
.