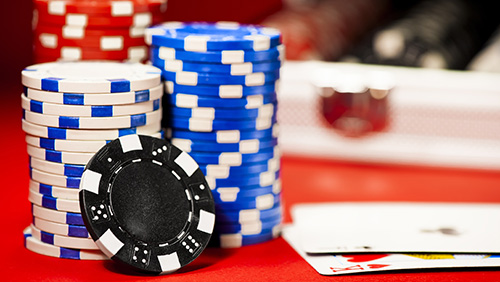 There are worse places to live than Portugal. Damascus, Tripoli and Lagos, to name a few. The weather’s fab, they have a liberal sensibility, and on Friday, the Portuguese parliament passed a bill that made housing a citizen’s right.

The ‘Basic House Law’ has been devised as a possible way to eliminate homelessness, by providing affordable public housing, and taking a sword to the current eviction process.

Portugal’s own, Joao Vieira, doesn’t abide by these laws when he’s playing poker. As the cards fly out of the deck and become trapped beneath his wiry whorls, he has one intention—evict everyone, and that’s what he did on his way to winning Event #70: $5,000 No-Limit Hold’em 6-Handed.

The Portuguese star howled like a full moon frenzied wolf with 117 bodies tangled and twisted in the Rio rails. The prize pool stood at $1,109,200, and the better part of $758,011 now sits in Vieira’s bank account, after topping a final table containing a combined $30m in live tournament earnings.

Barry Hutter is one of the best in the business, and he ended Day 1 as the chip leader, surfing on that stack to the final table where he finished in the sixth position. Olivier Busquets is a live and online genius, and he punched his way to a fifth-place finish. Pierre Calamusa is a Winamax Ambassador (like Vieira), and Jamie O’Conner is an exceptional talent emanating from the U.K.

The rosemary to Vieira’s lamb was the four-time bracelet winner, Joe Cada. It was a short and shrift heads-up encounter that only lasted four hands, mainly in part to the following monster pot.

“I’m very happy,” Vieira told PokerNews after his win. “I don’t believe in justice, but I believe in hard work. Winning five bracelets is one of my main goals. This is the first one, and it’s a huge burden off my back.”

Each year, there is an invisible list of the best players in the world never to win a bracelet, and Shawn Buchanan is on that list no longer.

Barry Hutter enjoyed his second deep run of this article, falling just short of a second final table at the WSOP to add to the four he’s had in the Aria 10k High Roller events one of which he took down for a $150,000 payday.

Winamax sign a Margets and a Vieira (not the Arsenal legend)
Lee Davy
1 March 2018
.