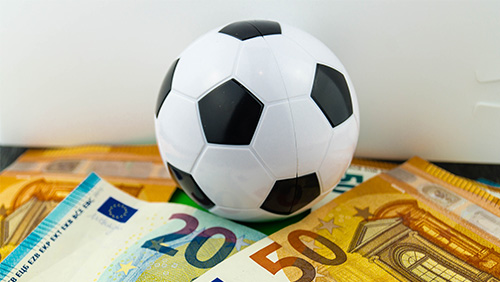 The African Cup of Nations (AFCON) 2019 kicked off in the middle of June and will run until July 19. The team out of Zimbabwe has been a tournament favorite, but lost a Sunday match against the Democratic Republic of Congo in what some media outlets immediately started calling a rigged game. However, it’s beginning to appear more likely that the accusations are nothing more than a smear campaign based on political infighting and are nothing more than an attempt by a would-be politician to gain some notoriety.

Congo had already lost two games to Uganda and Egypt before going into the match against Zimbabwe. Instead of taking what many thought would be an easy win, Congo lost 4-0 due to some missteps by goalkeeper Elvis Chipezeze. Chipezeze is the team’s third-string goalie and, although typically a better performer, gave away a penalty shot and fumbled twice as Congo prevailed.

This lead to certain individuals asserting that Chipezeze was bribed to throw the game. The first accusation was thrown by media outlets in Madagascar, accusing the soccer star of having been bribed by Congolese businessman and African soccer club owner Moise Katumbi.

In addition to his business endeavors and guidance of the TP Mazambe soccer team, Katumbi allegedly, according to news outlets, sought the help of Chipezeze to swing the outcome of the match. Katumbi has frequently been the target of politicians in the Congo for a simple reason—he is the leader of the opposition in the country and is pushing for democracy.

Katumbi has often been targeted by supporters of the Congo’s current president, Joseph Kabila, in an attempt to erode his credibility. In addition to being blamed for throwing soccer matches, the businessman was reportedly responsible for starting an Ebola outbreak in the country last year.

According to the media outlets, Katumbi was seen at the same hotel in Cairo where the teams from the Congo and Zimbabwe were staying. He reportedly “coerced” Chipezeze into throwing the match, with the media claiming, “A large sum of money was supposed to be transferred into the bank of the Zimbabwean goalkeeper.” That transfer reportedly never went through because it was flagged as suspicious.

The possibility that political opponents were using the match to further their agenda and try to bury Katumbi is very strong. It would appear that Kabila’s supporters believe that mud-slinging is the only way to get anything done and an investigation by AFCON has already determined that no foul play took place. It conducted an investigation, concluding, “There is no hint of corruption about the Zimbabwe-DRC match in the third Group A match played on June 30, in Cairo.” They were able to reach their conclusion, in part, based on a simple fact—Katumbi wasn’t in Cairo when the alleged coercion took place and he was able to prove it.