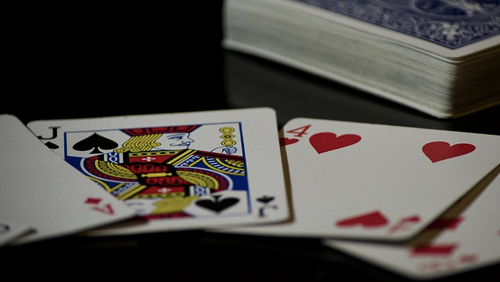 Online rummy players in the Indian state of Andhra Pradesh better sit up and take notice. Local government are preparing legislation that would ban the activity, Glaws reports.

State Minister for Tourism, Culture and Youth Advancement Avanthi Srinivas said at a conference his belief that online rummy is ruining lives and corrupting the youth of his province. Chief Minister YS Jaganmohan Reddy, who was also attending, immediately questioned the Director General of Police what was being done about this supposed scurge.

Nothing, Director Gautam Sawang apparently replied. There’s no laws against online rummy, so the activity just goes on. That was enough to spur Reddy into saying they will introduce legislation to ban the activity. He also told police heads attending the conference to stop illegal activities, as if police need any reminding of that.

The somewhat comical exchange between a State Minister and the Chief Minister, with one catching the other off guard with a supposedly scandalous activity, and the other immediately proposing to ban it, seems as if it would come from an episode of the Simpsons. But its likely to have real consequences, and not in the way that Reddy likely thinks it will.

Telangana, another Indian state, banned online gambling in 2017 and immediately faced opposition from operators. They also banned rummy in general in 2018, declaring it a dangerous activity.

This is all going against the general trend in India to make games of skill, of which rummy is generally counted as one, legal. Indians love to play games and gamble, and specially when a certain skill can be tied to the act, the federal government is increasingly ok with allowing the activity.

That trend can to some degree be attributed to the impossibility of ending gambling as an activity. While laws can say that rummy is illegal, people will still continue to play. By making it illegal, it’ll just be pushed into being a black market activity where all participants are more at risk of harm.

The “evils” of online rummy apparently weren’t of much concern to Chief Minister Reddy before this recent conference, so let’s see if he sticks to his plan.