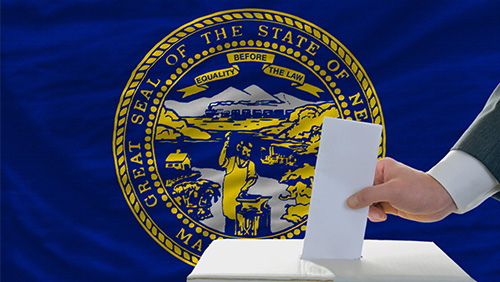 Perhaps at seeing the potential for new revenue streams that have cropped up in other states, Nebraska might actually be warming up to the idea of offering commercial casinos. There is talk of allowing state voters to decide the industry’s fate when they take to the polls in November 2020, a move that would be necessary if anything other than tribal casinos are to be allowed within state borders, Fox Business reported. If the voters say yes, Nebraska will join 25 other states that allow some type of commercial gambling.

The bottom line is, people are going to gamble—it won’t be stopped. So, a state has a choice. It can either embrace the activity and capitalize on the revenue or allow its residents to either cross state lines to gamble or turn to the black market, which offers zero protection. The logical option is the former.

There are now only two states in the U.S. that have a complete ban on gambling—Utah and Hawaii. Many Nebraska neighbors—Kansas, Missouri, Colorado, South Dakota and Iowa—have some type of commercial gambling, and it could be time for the Cornhusker State to follow suit.

Nebraska has always been relatively conservative with its gambling offerings. Tribes can offer activities such as certain card games (provided the house has no stake in the outcome) and bingo, and there is also horseracing and a lottery offered throughout the state. However, it has consistently drawn the line at additional gambling activities like roulette, slot machines, blackjack and more.

There seems to be growing interest in allowing commercial gambling in the state and many supporters believe that voters could say yes next year. However, it won’t be without its challenges. Ballot measures introduced in 2004 and 2006 failed, and gambling opponents successfully convinced the state’s highest court in 2014 to declare gambling unconstitutional.

Additionally, Nebraska government Pete Ricketts isn’t a fan of the activity, either. He, along with the former football coach and athletic director of the University of Nebraska, Tom Osborne, has made it clear that they oppose gambling and this is going to prove to be an obstacle. However, Nebraska’s residents should ultimately be the ones to decide which direction they feel is best for their state.