Home / Sports / The inside scoop on betting at Wimbledon 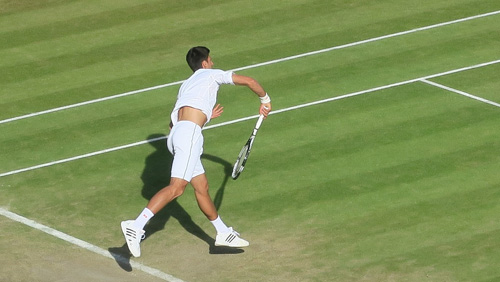 The Wimbledon Championships are set to kick off this coming Monday and will run until July 14. With the likes of tennis greats such as

Ruben Bemelmans, Corentin Moutet, Novak Djokovic and Andrea Arnaboldi set to compete, there is going to be an endless supply of gambling opportunities as the tournament advances. For those wishing to get in on the action, Novibet has a few tips that most other sportsbooks would like to keep out of the press.

The UK-based sports gambling operator points out that, since 2000, nine male players who were listed as the favorites to win before the tournament began ultimately won their respective Men’s Singles title. This puts the odds of winning a gambling bet at even money when choosing the pre-tournament favorite. Novibet expects Novak Djokovic to win.

On the female side of the tournament, things are a little different. Novibet points out that the Women’s Singles pre-tournament favorite has only one six times since 2000. This year, Ashleigh Barty could go all the way, capitalizing on the success she found at the Australian Open where she took the victory.

For those interested in more challenging action, Novibet offers odds of 200/1 that an unseeded male player will win the Men’s Singles title this year. An unseeded player has only won twice since 2000 – Boris Becker in 1985 and Goran Ivanisevic in 2001.

Other action to be seen in this year’s Wimbledon include first-round defeats of defending champions. Novibet states, “On only four occasions in the Open Era has the defending Men’s or Women’s Champion gone out in the First Round the following year. Novibet prices up a first round defeat for either Novak Djokovic or Angelique Kerber at 77/20.”

Additionally, “2001 was the last time that both the Men’s and Women’s Finals at Wimbledon went to deciding sets. Novibet offers 31/5 for both of this year’s showpiece matches to go the distance.”