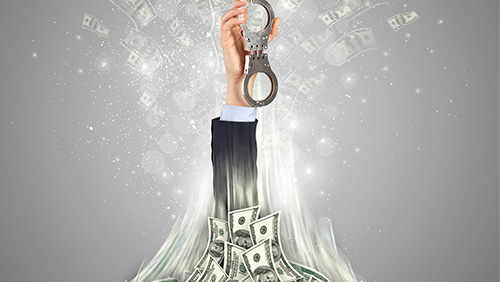 The hits just keep coming out of Imperial Pacific International (IPI), the controversial casino developer that will one day, eventually, perhaps, maybe, complete construction of the Imperial Palace resort in Saipan. The latest debacle surrounding the company involves a revelation that it owes a considerable amount of money to the government and to suppliers, but that’s not all. It is trying to keep the information from being covered by the press. That effort hasn’t gone too well, since here we are.

According to the Marianas Variety, a report by Ernst & Young (EY) shows that IPI owes $70 million in back taxes and to suppliers for missed payments. The company went to a judge to try and prevent this from being revealed publicly and was granted a temporary restraining order (TRO) to that effect. However, the media outlet received a copy of the report from the Commonwealth Casino Commission (CCC) and published a story on the facts. The CCC was able to obtain the information through an Open Government Act.

The report shows that IPI has not paid around $33 million in corporate income tax that has accumulated since 2017 and another $5 million in business gross receipt tax from last year. Additionally, $35 million in outstanding debt is still owed to suppliers.

Edwin Propst, the House minority leader for the Commonwealth of Northern Mariana Islands (CNMI), to which Saipan pertains, finds the revelation disturbing. Apart from IPI not having to pay taxes on gross gaming revenue due to an agreement with CNMI that began in 2014 and will run for another 35 years, he asserts, “[We] have a casino that is failing to pay its fair share of taxes…a casino that is supposed to bring money to the CNMI but is not delivering. And the sad thing about this is that no one is discussing about it, not the administration. Nothing. And furthermore, I find it disturbing when the media is…not reporting it. They are defending the indefensible.”

In requesting the TRO, IPI argued that its privacy was violated by the initial release of the EY report. However, the CCC has asked a judge to cancel the order and counters that a business doesn’t have a constitutional right to privacy, and that the information is necessary to oversee the company’s operations. CCC Executive Director Edward C. DeLeon Guerrero states, “The public interest strongly militates toward the release and inspection of the information which plaintiff seeks to keep hidden from the public. Finally, the temporary restraining order does not meet the requirements of Rule 65.”

The CNMI Attorney General’s office adds that IPI “seeks to stop the [CCC] from implementing an Order issued in 2017. Imperial Pacific has been following this Order yet it now seeks to hide information from the public by stopping the defendants from releasing information pursuant the same order it has been following. The time to challenge this order was 30 days after the order was entered by the Commission…. Since Imperial Pacific is time-barred from challenging Order 2017-004, it is unlikely to succeed on the merits of its claim. The temporary restraining order should be dissolved.”