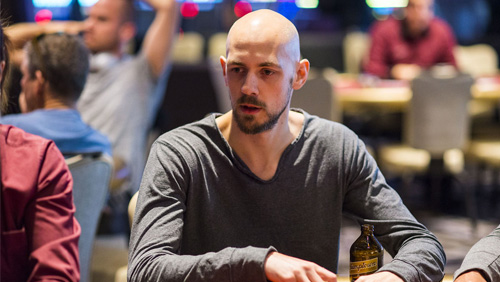 If you’re Stephen Chidwick, Luke Schwartz and Ari Engel, then the claustrophobic feeling of never having won a World Series of Poker (WSOP) bracelet, despite being one of the top names in the biz, has vanished like a morning lap in the pool for a recently diagnosed aquaphobic.

We begin with the man whose peers believe is molecule by molecule the best poker player on the planet. Stephen Chidwick has won his first bracelet, and would you Adam and Eve it, the man from Deal did so in a game of Pot-Limit Omaha (PLO).

For a man who has cashed 52 times in WSOP events, making 13 final tables without a return, it’s not without a sense of irony that Chidwick wins his first bracelet in the event that’s not his most reliable, and his first WSOP tournament of the summer, after arriving late from a family trip to Paris.

A decade ago, an appearance at a poker table by Luke Schwartz would have been as uncomfortable to his competitors as a macaque monkey standing over the crib of your newborn baby.

The 35-year-old is a changed beast, preferring a deep breath over a rant, but one thing that’s not changed is his ability to play top-notch poker.

The man who eats more pigeons than Ozzie Osbourne had cashed in four WSOP events before winning his bracelet, and his best performance came in 2012 when he finished fourth in the $50,000 Poker Player’s Championship for £406,736. If you like a flutter, then you may want to put a bob or two on him finishing four places higher in 2019.

When Engel arrived at the final table, he wasn’t in the most confident of moods, telling PokerNews that he spied Pablo Melogno and said to himself, “I’m going to try to get heads up with him and then he’s going to win it.”

He got the first part of that plan down pat.