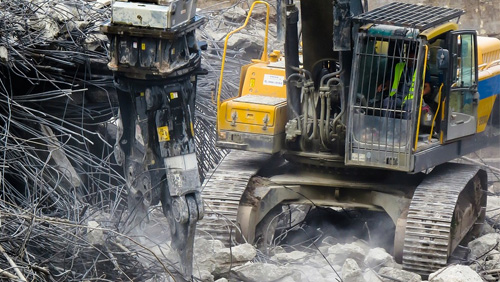 The Cambodian town of Sihanoukville has quickly become a casino haven, with new venues popping up virtually on a daily basis as operators try to grab a piece of the gambling pie. The rush to see new gambling houses and their supporting infrastructure has resulted in the deaths of at least 24 people after a resort under construction suddenly collapsed. All because the construction company decided to cut corners in an effort to have the building completed as quickly as possible.

According to the New York Times, 24 construction workers were already confirmed dead and another 24 remained missing. The seven-story building, which was being built by a Chinese construction company, suddenly collapsed early Saturday morning when many construction workers were still asleep—inside the building. According to one survivor, “A moment before the building collapsed it was vibrating and then it was falling down. But it was too quick to escape.”

One of the construction supervisors, who was in charge of a group of 15 who were working on bathroom tiles and walls, confirmed that 12 people from his group were still missing and added that the material used in the construction was subpar. There have been multiple reports of building materials suddenly becoming dislodged and falling since the project began last fall.

The incident has also resulted in casualties in the political scene. The governor of the Sihanouk Province, Yun Min, submitted his resignation and the deputy director of the National Committee of Disaster Management, Nhim Vanda, was fired by Cambodian Prime Minister Hun Sen. Yun Min had reportedly received warnings about problems at the construction site, but didn’t do enough to stop the project. He is quoted as having said, “We have prohibited construction very often. Some listen, but some don’t and stealthily continue.” It’s hard to imagine how someone can “stealthily” build a seven-story structure in the center of a bustling city.

The plight of Sihanoukville is grim. Not only has it become inundated with casinos, most of which are unsafe, but the city isn’t even reaping the benefits. The local industry is designed to attract Chinese gamblers, since locals can’t gamble, and the majority of the employees found in the existing venues—as well as much of the construction space—is from China in order to be able to communicate in Chinese. Virtually none of the revenue generated makes its way back into the town or the Cambodian government’s pockets.