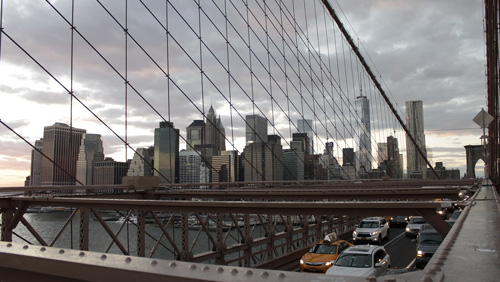 It’s looking more and more like online sports gambling won’t be coming to New York this year. The legislative session was expected to end yesterday and, with its closing, the termination of

discussion on a bill to authorize online sports wagers soon. Lawmakers have decided to extend the session a day, but that most likely won’t be enough time to get any real work done. The bill’s sponsor, Assemblyman Gary Pretlow, asserts that the bill is “all but dead.”

The bill has run into trouble for various reasons, but the biggest obstacle has been the belief that online sports gambling could only occur through a constitutional amendment. This would see voters taking to the polls to decide the activity’s fate, and is the position supported by Assembly Speaker Carl Heastie, as well as New York State Governor Andrew Cuomo. Cuomo, like a good New Yorker, has repeatedly and stubbornly stated that he won’t budge from his position, despite a handful of top law firms in the state acknowledging that a constitutional amendment isn’t necessary.

As Pretlow and Senator Joe Addabbo prepare to pull the plug on the bill, Addabbo is making lemonade out of lemons. According to a tweet posted by a bureau chief of the Buffalo News who has been following the gambling debate extensively, Tom Precious, the Senator has stated, “Unfortunately for the governor, he’s not part of the constitutional amendment process. Now I get to draw up anything I like, in cooperation with the Assembly. So we can draw a much different, much broader bill” in that process.”

That bill will most definitely include some of the items seen on the previous version, as well as some new material. Among the options Addabbo and Pretlow have been trying to introduce, in addition to mobile-based bets, are in-stadium sportsbooks and kiosks.

The lawmakers don’t believe that the legislative body needs to try and determine the legality of online sportsbooks – perhaps it can be introduced without a change to the constitution; perhaps it can’t. However, Pretlow asserts, “I think we should give the people of New York the opportunity to do what they want to do, which is bet on sporting events. I respect the speaker, but he’s not a member of the Court of Appeals.”

Addabbo’s frustrated, as well, and has said, “NY will be stuck like a disabled car on the shoulder, while we allow an illegal sports betting business in our state thrive and idly watch other neighboring states pass us up with enormous revenue gains from mobile sports betting.”