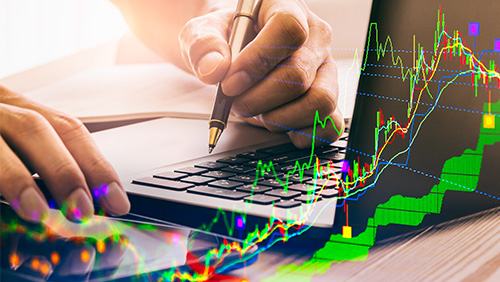 Sports gambling company PointsBet Holding, Inc., is looking to expand deeper into the US and Mexico. In order to achieve that goal, it expects becoming a publicly-traded company will be the best route to take and launched an initial public offering (IPO) last week on the Australian Stock Exchange. Trading under the ticker symbol PBH, PointsBet entered the public realm at AUD$2 ($1.37) and was trading at US$1.79 as of the start of trading yesterday.

This past Monday, PointsBet issued a press release, announcing that it will offer 37.5 million shares for trading under the IPO, with 110 million shares on issue. Any remaining shares are to be held by individuals who have previously invested in the company. CEO Sam Swanell adds, “Similar to the way we allow fans to take part in sporting events, our public offering allows fans to take part in us, as a company and as a platform.”

PointsBet has been around since 2017, but entered the US sports gambling market this past January when it opened an online sportsbook in New Jersey. Three months later, it launched its first retail sportsbook after signing a partnership agreement with Catfish Bend Casino in Iowa. That arrangement also included the company operating the casino’s online sports gambling operations, as well.

PointsBet provides different betting options, including traditional options and more unique bets. The company’s “Pointsbetting” allows a gambler to increase their winnings, or their losses, based on the performance of the wager’s target against the spread. If Tiger Woods is favored to win by three strokes and the bet is $100, the final award would be $300 if Woods pulls off the victory by the three strokes. If not, and he wins by just one stroke, the gambler loses $200.

The IPO, according to the prospectus, is expected to raise AUD$75 million ($51.54 million). That money will go toward PointsBet’s expansion plans, customer acquisition, platform development and marketing. The prospectus also asserts that sports gambling will ultimately be legal in all states across the US, with 36 and Washington, DC offering the activity by 2023. If this were to happen, the market would take in revenue of around $5.7 billion.

PointsBet has, apart from the Iowa and New Jersey deals, an agreement to launch on online sportsbook for Tioga Downs in New York as soon as the state approves the activity. That may be some time, as, even though the state Senate has approved a mobile gambling bill, New York Governor Andrew Cuomo has already made it clear that he will most likely veto any online sports gambling bill.

In the meantime, while waiting for New York to decide what it wants to do, PointsBet is branching out to other areas of the company. It is reportedly working on a few deals in Illinois and Colorado to operate retail and online sportsbooks for casinos in the two states. Both states are at varying stages of sports gambling legislation, with a bill in Colorado still being considered by lawmakers, and one in Illinois waiting for Governor J.B. Pritzker’s signature.

PointsBet’s expansion plans go beyond the US borders. It is part of a consortium that is planning a casino with a retail and online sportsbook in Mexico, provided changes are made to current laws. The company’s prospectus points out, “As with the US, Mexico is currently undertaking a process of regulatory change likely to lead to a legal framework for online sports betting. Hence, the Mexican market is likely to represent an attractive opportunity for online wagering service providers, given the large population, increasing levels of Internet access and smartphone use, and growing household wealth levels.”