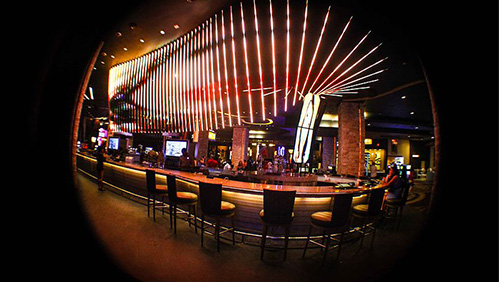 The Dominican Republic, once a great Caribbean paradise escape, has recently had to send out the public relations emergency responders to counter what has been reported by media outlets as a constant string of murders. That certainly didn’t help the country’s image, but new reports are surfacing about a particular resort that only make matters more complicated. According to the website iwaspoisoned.com, 147 tourists have become ill while staying at the Hard Rock Casino Punta Can – 128 in the past week.

According to an article in The New York Post, the site’s founder states that 70 people had written on the site that they had become ill while staying at various resorts in the Dominican Republic since March. After the Post article was published, over a hundred have come forward to reveal that they, too, became ill while vacationing at the Hard Rock. A few had to be hospitalized due to their illnesses.

One person wrote, “After 2 days, my husband became violently ill with diarrhea, fever and nausea. A day later, I became ill with the same, including fever and chills. These symptoms lasted the entire trip. I would estimate that over half of our group became ill as well, some with additional respiratory symptoms that mimicked influenza.”

No one has traced the source of the maladies, but some rumor that it could be caused by illegal alcohol or pesticides. The symptoms indicated by the victims – diarrhea, respiratory problems, vomiting – are indicative of possible methanol intoxication. Methanol is extremely toxic to humans and is sometimes used in producing illegal alcoholic products and certain pesticides.

The Hard Rock Punta Cana issued a statement in response to the reports, stating that the safety of the venue’s guests is its “highest priority,” and that it is “confident that all operational protocols were followed to ensure the safety of our guests.”

There are also reports that the Hotel Riu Palace could be a source of illnesses, as well. Per the New York Daily News, a group of Parrotheads – fans of the performer Jimmy Buffett – traveled to the resort this past April for a tropical getaway, and 47 of the 114 in the group became ill. Dana Flowers, who attended the trip and was ill for 19 days, said, “It wasn’t just any kind of normal sickness. It was putting them down and in their room for two-three days at a time. Some people were even longer than that.”

With the high number of illnesses occurring recently and at least eight confirmed deaths in the past couple of months, it might be time to scratch the Dominican Republic off the bucket list.