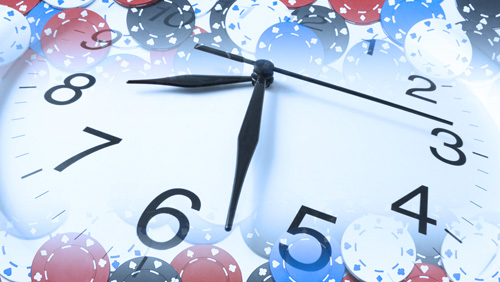 The World Poker Tour has released details of the 15th Annual Main Tour stop schedule. The Tournament of Champions remains, and the Dominican Republic replaces tour stops in Johannesburg and Vienna.

After 21 Main Tour stops, and over $50m in prizes handed out to over 12,000 quavering hearts, Season XIV of the World Poker Tour (WPT) remained one of the major institutions in the world of poker.

We nearly saw our first female WPT Player of the Year (POY) as the Global Poker Index (GPI) top-ranked female poker player in the world, Cate Hall, pushed the eventual winner Mike Shariati all the way.

And we witnessed the most incredible Cinderella story as Farid Yachou won the WPT Amsterdam Main Event and the inaugural Tournament of Champions in his first live poker tournaments of his life.

There’s no rest for the fish.

It’s time for the Poker Gods to start re-writing the script.

The roster of events has decreased to 20. Once again it’s the yo-yo events that don’t seem to drum up enough interest to provide the cement needed to keep them seated that make way.

There will be no WPT Emperors Palace Poker Classic and I think that’s a shame. The WPT is the only tour stop to make significant progress in Africa. I have been to the event twice and the people love their poker, it’s a beautiful part of the world to visit, and it’s one of the greatest opportunities to win a WPT event for the professionals panning for titles.

The other tour stop that has fallen by the wayside is WPT Vienna. The European legs of the WPT events have never been as strong as their American cousins, and that’s courtesy of the strength of the European Poker Tour (EPT). Vienna is a beautiful part of Europe, but for the travelling poker player, they have seen it all before.

Here are the main changes to the new season:

Players looking for a sun tan will be happy to hear that WPT Caribbean returns after being missing from the schedule last season. The WPT was last there in Season XIII when Darren Elias defeated a field of 118 entrants in St Maarten. The new look Caribbean stop will come from the Hard Rock Punta Cana in the Dominican Republic, and it could be one of the easiest paths to success for the pro player.

The Dominican Republic is the only new host but that’s not the end of the changes. In an attempt to drum up interest in the tour’s side events, WPT officials have dreamt up the WPT Festival Championship. Players who are victorious in WPT tour stop side events will qualify for the WPT Festival Championship tournament where the winner will receive a seat into the Main Event.

There is also great news for players who competed in all three legs of the Season XIV California Swing tournaments during Season XIV. They will receive their first night’s stay at Thunder Valley Casino Resort free of charge if they return for the 2017 WPT Rolling Thunder event with the caveat that they book a two-night stay.

And the live streaming experience is set to become even better and more diverse after the WPT partner with ShareHandInc. to increase the production of their online experience as well as offering broadcasts on PlutoTV, Twitch, and YouTube. The live stream will also venture into Asia with Chinese commentary. Amongst broadcast options such as Sohu Sports, YouKu, Douyu, HuYa, Panda TV, Wasu TV, and PPTV.

Finally, the WPT Tournament of Champions will return April 7, 2017. Amsterdam cafe owner, Farid Yachou, upset the apple cart by defeating 64 entrants to take the first prize of $381,600 and a cartload of additional prizes including a Corvette. The Seminole Hard Rock in Florida will once again host the event, with $3,500 and $10,000 Tour Stops taking part in the lead.

There are also four remaining events that online qualifiers via the partypoker WPT Passport route can still compete in. Players can qualify for the Main Events in Nottingham, Montreal, Prague, or Ontario for a pittance stepping up to a $530 qualifying event.

The 15th season of the WPT is already two tournaments old after Seth Davies defeated 417 entrants to take the $203,992 first prize at the partypoker.net WPT Canadian Spring Championships. And Andjelko Andrejevic stopped Anthony Zinno from winning a record-tying fourth WPT Main Event when he earned the top prize of €200,000 in the WPT Amsterdam Main Event (Zinno finished 3rd).

You can find the full list of Season XV events right here.