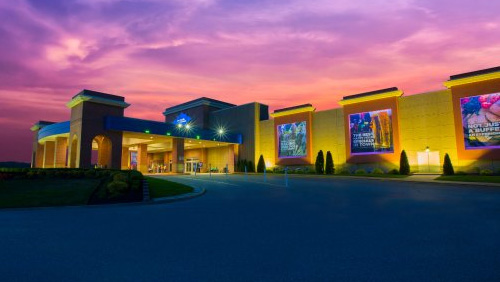 At the beginning of this year, Presque Isle Downs & Casino approached the Pennsylvania Gaming Control Board (PGCB) in an effort to be approved for a sports gambling license. It didn’t take long for that license to be issued and, four months later, the Churchill Downs-owned property is almost ready to launch its sportsbook.

Presque Isle, which is located in Erie, Pennsylvania, has been meticulously upgrading its casino floor to offer the activity. Several of its regional competitors were able to get their sportsbooks up and running within about two months of receiving approval, but Presque Isle has decided that it wanted to offer something unique, and that required more time.

The new sportsbook will reportedly cover space that was previously occupied by the casino’s slot machines, and which measures 1,275. The slots were relegated to other areas of the gaming floor in order to allow the sportsbook in. It is near the venue’s poker room and simulcast area, but sports gambling won’t be limited to just the one space.

There are going to be 50 self-betting kiosks, of which about 25 are expected to be located inside Presque Isle. These will be managed by KT Group Limited, which received a provisional license from the PGCB last week. That license issuance was one of the last remaining hurdles to be jumped before the sportsbook could go live.

The work should be completed by this Wednesday, according to the construction company behind the renovations, Bauer Specialties. There are also new wall wraps displaying the BetAmerica logo that read “coming soon.” The sportsbook is going to operate under the BetAmerica brand, and the underlying technology is being provided by SBTech. BetAmerica is the gambling brand of Churchill Downs, which purchased Presque Isle from Eldorado this past January in a deal reportedly worth almost $180 million.

The exact date of the launch still isn’t known. The PGCB isn’t sure, with the board’s spokesperson, Richard McGarvey stating that it’s “going to be up to [Presque Isle],” adding that the venue will “tell us and then we’ll come out and make sure everything is working right.”

In Pennsylvania, once a sportsbook announces that it’s ready to go live, it still needs another approval from the PGCB. A two-day test period is held that is overseen by the regulator. If that test goes well, the lights can be turned on and wagers placed.