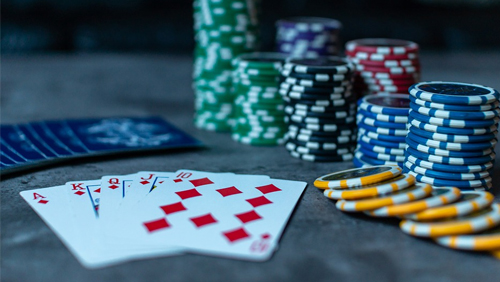 A round-up of live tournaments from the periphery of the World Series of Poker including wins for Jack Salter and Julien Sitbon at The Wynn, and Brian Altman and Brett Apter at The Venetian.

Occasionally, the dreamers that have come to Las Vegas to win gold bracelets leave their Rio-based colony, and when they do, two of their alternative anthills are The Wynn and The Venetian.

The Wynn Summer Classic takes in the loose shavings from the World Series of Poker (WSOP) lathe, and in the past week, two $1k events have been on the schedule.

Louis Salter conquered a field of 484-entrants, including beating the mighty Connor Drinan, heads-up, to win the first of two $1k events. The win was Salter’s third of his career, and the British pro has now earned more than $1.3m in live tournament earnings.

Drinan collected $64,295 for his runner-up finish, his best score of the year, and Michael Soyza made his eighth final table of 2019, finishing fourth.

The other $1k winner at the Wynn was Julien Sitbon. The Frenchman defeated a field of 545-entrants, including Scott Robbins in heads-up action, to bank the $62,000 first prize.

The Unibet Open winner has now won 12-live tournaments and earned more than $1.2m. It’s his second win of the year, after taking down an Aussie Millions side event in January.

If you’re going to have a few bucks on a potential bracelet winner, then Julien Sitbon is a decent shout. The man we’ve just been waxing lyrical about also cashed in a $1k event at The Venetian. Brian Altman won the 518-entrant, $400k GTD event, the 13th win of his career, and his third of 2019 after winning two side events at the WPT Seminole Hard Rock Poker Showdown in April.

Three other stars who climbed close to the top of the cliff in this one includes WPT Champ Justin Young (11th), bracelet winner Joey Weissman (12th) and one of the best in the business, Joe Kuether (17th).