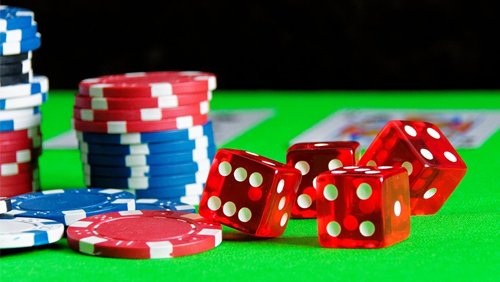 Quezon City appears to be relishing the legal battle it has before it, openly defying the Philippines Amusement and Gaming Corporation (PAGCOR). On the Public Affairs and Information website of the city, it was announced on June 10 that the Quezon City Council had passed a Gambling Regulatory Ordinance, with the intention “to protect the mental health of the people against gambling addiction and maintain peace and order.”

The ordinance, proposed by Xenia Lagman, Franz Pumaren, Alexis Herrera, Raquel Malañgen, Marvin Rillo, and Godofredo Liban II, does several admirable things. It establishes a 24-hour hotline for those with gambling problems, an advisory council, and pushes for the adoption of regulatory policies.

Where it gets sticky is the new gambling fees they propose for residents of Quezon City. The announcement states:

“To further strengthen the campaign for the prevention of gambling problems, the QC Gambling Regulatory Ordinance requires the residents who wants to play in gambling establishments within the city to pay P1,500 for casinos, P500 for e-games, P100 for e-bingos for every consecutive period of 24 hours, and P30,000 fee if the gambling establishment offers an annual membership.”

The logic of charging PHP30,000 ($600) a year, which represents more than a month’s salary for the majority Filipinos, as a deterrent to problem gambling is debatable at best. What can’t be debated is how much trouble this will get the city in with Philippines gambling regulator PAGCOR.

When Quezon City first proposed the ordinance as a reaction to Bloomberry’s plans for a Quezon City area Solaire casino, they quickly found out that PAGCOR did not agree with the ordinance. In several written responses, the regulator has explained to Quezon City that, within the laws of the Philippines, cities don’t get to put additional restrictions on gambling. By going ahead with the ordinance, Quezon City has put itself on a certain course for a legal battle.

Even if there is no casino for residents to visit yet, if the mayor of Quezon City signs off on this ordinance, they will likely face a quick backlash. E-games and bingo parlors are pervasive throughout the area, and residents suddenly forced to pay entry fees will likely be eager to see PAGCOR win a guaranteed court case very quickly.