Casinos still not adhering to smoking ban in Macau

As of the beginning of this year, Macau has had a stringent no-smoking policy that particularly impacted the city’s gambling venues. Despite having more than a year to prepare for the full ban to be implemented, however, it appears that certain casinos are still not onboard and continue to try to circumvent the restrictions. 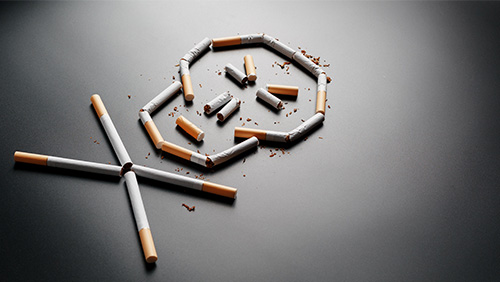 According to a report released by Macau’s Health Bureau this past Tuesday, casinos are the biggest source of rule violations on the ban through May 31. It added that its personnel had conducted 724 visits of gaming floors across the city in the five-month period, along with representatives from the Gaming Inspection and Coordination Bureau (DICJ, for its Portuguese acronym), and found 666 instances of violations, representing 26.5% of all the violations in the city. All of the casinos involved received some type of admonishment for their inability to play by the rules.

Just in May, SJM Holdings-promoted Grand Lisboa was especially good at breaking the rules, earning a “black spot” moniker for the violations.

Across Macau, there are 47 active gaming facilities and many have multiple gaming floors or areas, including dedicated VIP spaces that are segregated from the main gaming areas. Only the VIP spaces were allowed to offer a smoker’s environment until December 31, when Macau’s full ban came into effect. All of the gaming venues were forced to update their facilities to include separate, enclosed smoking lounges that included advanced smoke-extraction systems, and all of the lounges had to be approved by city regulators. Despite having all of 2018 to make preparations, a handful of venues never fulfilled their responsibilities regarding the lounges.

Through the end of May, the Health Bureau had approved 556 of the new smoking lounges and all of these are located in just 31 casinos in the city. The bureau has received a total of 597 requests for the lounges from 35 casinos, without identifying them by name, meaning that 12 casinos have yet to submit a request for a smoking lounge.

The MGM Cotai was one of the most recent venues to have its lounges approved. It took longer than most, but the Health Bureau finally signed off on its request in late April.

It hasn’t always been smooth sailing for the smoking ban implementation. This past January, a Macau police officer was doing his job and tried to enforce the ban on three violators who then turned on him in an apparent fit of nicotine-deprived frustration. The officer was forced to draw his weapon and fire a warning shot to scare off the would-be attackers. The three were arrested and are reportedly looking at up to five years in jail.