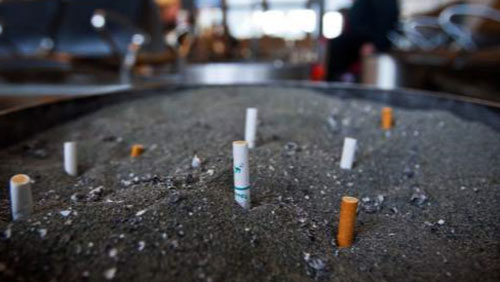 The Macau Health Bureau has approved 378 requests from casinos for smoking lounges as of January 8, according to Macau News Agency.

In explaining the pending requests, the Health Bureau said that the applicants had not provided all the required documents in time. In addition, some were unable to make improvements in the rooms to be used, according to the opinions of the Fire Department.

“There were also applicants who, on their own initiative, canceled requests for the creation of smoking rooms,” the agency added.

According to the Health Bureau, the requests are approved within 90 days, provided all necessary documents are submitted and the casinos comply with all other requirements.

Smoking was first prohibited in 2014, except for designated enclosed areas. In January 2018, VIP rooms were included in the ban, but casinos were given an additional year to comply, meaning casinos should already have permits if they are to have customers smoke in the premises at present.

Last January 3, a scuffle occurred at the Galaxy Macau, when a police officer asked three people to stop smoking in a non-smoking area. At one point, the officer pulled out his gun and fired what was said to be a warning shot. Galaxy Entertainment Group is one of the operators who did not apply for new lounges.

The Health Bureau said it was casinos’ responsibility to inform the public of places where smoking is not allowed.

GGRAsia reported that SJM Holdings’ Grand Lisboa and MGM China Holdings’ MGM Cotai are still awaiting for the approval of their requests. Other SJM properties, the Casino Lisboa and Casino Oceanus, have also not obtained permits yet.

SJM CEO Ambrose So Shu Fai had earlier said that while SJM properties were not included in a list of applicants, the company had indeed applied for at least 10 lounges.