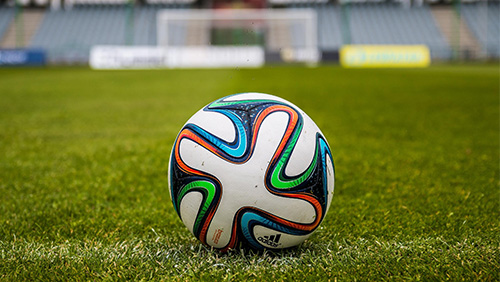 The youth of Swedish football are about to get a valuable lesson in integrity, in the hopes that they learn that cheating is never worth it, even if it means potentially getting several big cartoonish bags of money. Svenska Spel, the Swedish sports book, will collaborate with Swedish Elite Football (SEF) to educate players about match-fixing and integrity, reports Intergame.

This collaboration will consist of lectures delivered at The Gothia Cup, Sweden’s annual youth football tournament. Anders Wikström, a former player, said of the collaboration,“As a young player you probably have not reflected so much around match fixing; you play football because it’s fun. By highlighting the issue early on, we hope to prevent future match fixing.”

Svenska Spel’s CEO, Patrik Hofbauer, emphasized that this is a necessary step to make games safer for the players and for betters. “If gambling safety is not guaranteed, we will refrain from offering games,” he offered. “Our customers should be confident that the games we offer are decided by fair play. It is something that sport also requires from gaming companies.”

A motivating factor to offering these lectures has been a recent spell of potential corruption in Swedish football leagues. Hofbauer said that although the season is only at its midpoint, several games are under investigation for potential fixing, including a match between Kalmar and Elfsborg that took place May 26.

Besides educating players to just avoid fixing matches of their own in the future, Hofbauer also noted that Svenska Spel has its own methods of rooting out the corruption, preventing bad actors from profiting form the activity. “When we discover betting anomalies that cannot be linked to natural causes, we stop the betting process immediately,” he said. “We are determined that the cheats do not win.”

The lower leagues, like in youth leagues, are harder to monitor for fixing, he admitted. For that reason, he feels gambling isn’t appropriate except on games that can be verified for their integrity.

Gauranteeing the integrity of their sports betting product is imperative for the bookmaker. Sweden’s new regulatory body has been making its best effort to make gambling an acceptable activity in the country since the new body took over recently. It specifically cracked down on under age football offerings by some operators, as that activity is not allowed under their licensing regime.