Home / Casino / Maryland casinos have fourth-best revenue month in May 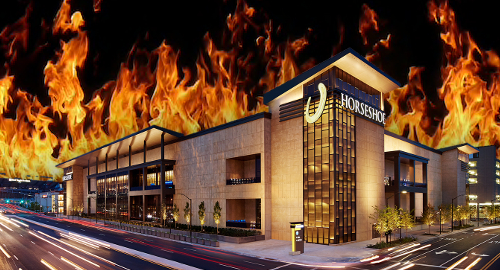 Maryland casinos reported a year-on-year gaming revenue decline in May, but the take was still high enough to make it the state’s fourth-best month on record.

Figures released Wednesday by the Maryland Lottery and Gaming Control Agency show the state’s six licensed casino operators generated combined gaming revenue of $152.3m in May, around 2.7% below what the casinos reported in the same month last year, but $7.1m better than April 2019’s result.

MGM Resorts’ National Harbor venue refused to budge from its traditional place atop the individual property rankings, although its May revenue was down 5.1% to $59.1m – the first year-on-year decline the property has suffered since opening in December 2016. National Harbor was responsible for most of the month’s overall table decline, as its table take was down $6m to $24.8m.

Once again, Caesars Entertainment’s Horseshoe Casino Baltimore took it on the chin, with overall revenue falling 14.6% to just under $20.6m. The Shoe’s table tally was down $3m to around $8.1m while its slots were down around half-a-million to $12.5m. The Shoe’s new gaming and smoking patio, which hopes to be complete by November, can’t come soon enough.