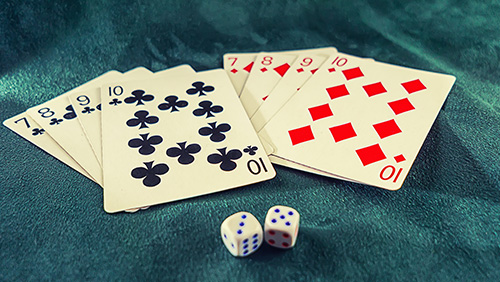 After a slow start in the first four months of the year, Macau has seen an improvement in its casino gross gaming revenue (GGR) for May. According to information published by the Gaming Inspection and Coordination Bureau (DICJ, for its Portuguese acronym), casino GGR increased by 1.8% over May 2018, possibly signaling a turnaround – albeit not as great – that some analysts had predicted was coming.

The performance in January through March wasn’t impressive, with only February recording a slight uptick. April saw a little bit of improvement, which has now been reinforced by casino activity in May. However, across the first five months of the year, the overall GGR is around $15.6 billion, a retreat of around 1.6% compared to the same period in 2018.

May’s increase was helped by a Labor Day weekend that gave gamblers a little extra time to visit the casinos, as well as “easy comps,” according to analysts with JP Morgan Securities (Asia Pacific) Ltd. DS Kim and Christopher Tang added that the figure “below the sell-side consensus estimate of +3 percent” and stated that JP Morgan’s forecast had been +2-4 percent. But, the analysts indicated that “it shouldn’t really matter at this point as Macau stocks already corrected by approximately 20 percent during May.”

Analysts from Nomura’s Instinet LLC and Sanford C. Bernstein Ltd. had previously stated that the daily volume for the VIP market was around 16-18% higher than it had been in April, and that its hold percentage was between 3.1-3.2%. Both had indicated that mass-market GGR was approximately 5% higher than what had been seen a month earlier.

The Labor Day weekend at the beginning of the month spanned four days, compared to just three days last year. This extra day made a difference and the number of visitors traveling to Macau over the first three days of the long weekend jumped 37% over the same three days in 2018.

Carlo Santarelli and Steven Pizzella of Deutsche Bank Securities, Inc. assert that the trade war is still impacting revenue, but that the increase was a good sign. They explained in a note from yesterday, “In this macro-driven environment for gaming stocks, it’s challenging to believe the result represents a distinct catalyst for shares. Nevertheless, we view the bounce back in May favourably.”

June could continue to see improvements, if the analysts’ forecasts are any indication. Morgan Stanley analysts have predicted a 6% year-on-year increase and JP Morgan’s specialists see 1-2% growth.