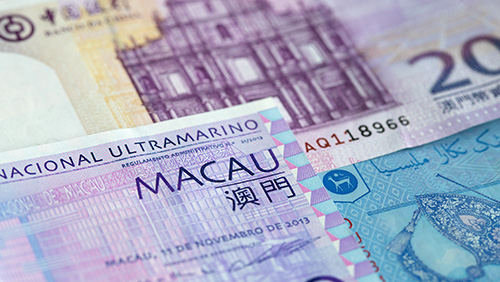 Macau’s casino industry has been extremely calm so far this year—much calmer than anyone would have liked to have seen. After a very slow start across the first four months, May could be the start of a positive run, if brokers are correct, and could end with an increase in gross gaming revenue (GGR) of 4%.

Both Nomura and Sanford C. Bernstein see good things coming out of Macau this month. They predict GGR growth of between 2-4% compared to May 2018, which would be a welcome relief after virtually no growth in the first quarter of this year.

Japan-based brokerage Nomura, through its Instinet LLC arm, shows that the most recent week, ending May 26, saw a nice boost for Macau casinos. The average daily GGR was around $100.73 million, which is already 4-5% higher than it was a year earlier. VIP daily volume average tracked at about 16-18% higher than last month, with the VIP market hold percentage coming in at around 3.1-3.2%. The normalized hold range is around 2.7-3%.

Bernstein analysts Vitaly Umansky, Eunice Lee and Kelsey Zhu are also confident on positive GGR growth for the month. Following the recent declines, May is showing improvements and the analysts indicated, “Heading into late May and June, we expect year-on-year comparison to begin easing. We may see surprise on the upside if VIP rebounds (although not expecting a near-term rebound). One area of potential high-end GGR stabilisation and renewed strength may come from a recovering credit cycle in China, which may support VIP recovery in the second half.”

Bernstein channel checks show that the GGR for the week ending May 26 was about $100.69—very close to what Nomura’s analysts had found. This also means that the entire month of May has seen GGR of $2.76 billion, producing an average daily rate that is 5% better than a year earlier.

The analysts further stated that VIP market volume was about 15% higher than it was a month earlier, while the hold rate dipped a little. Mass-market GGR was around 5% higher than the previous month.

It’s too early to start getting really excited about a turnaround, but the performance is a good sign. Perhaps Macau is already on the road to recovery.