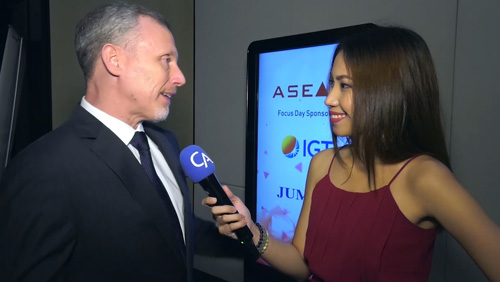 If you ever want to hear strong, well informed opinions on blockchain technology, you can’t do much better than Earle Hall, CEO of the Axes Network. His 20 years of blockchain technology experience gives him a lot to question in the current blockchain movement, as we learned when he chatted with our Stephanie Tower.

Hall’s goal is to make sure blockchain isn’t just another buzz word, but that it’s the solution applied to the appropriate problem. “Blockchain is not the solution for everything,” he began. “Everybody wants that one simple solution to all of their problems, and that doesn’t exist. Blockchain is amazing but step one, like I mention, is education. If you don’t know what blockchain is, you cannot say you need it.”

The problem, as Hall sees it, is that blockchain has taken off as this exciting new technology, with so many operators failing to understand key aspects of its implementation. “My worry is that, before regulators have the chance to implement guidelines, standards, testing and even the way they treat the confidentiality of the information, there’s the chance that some operators or clients jump out without the knowledge of doing the right steps first,” he explained. “There’s a critical path, or a rather simple way of making it to the blockchain world, without making some of the mistakes that I’ve seen so far.”

If an operator wants to use blockchain technology, Hall first has a lot of questions for them. “So if somebody’s talking to me about blockchain, the first step is, where is your biggest risk or where is your biggest opportunity?” he asks. “And why can’t you either jump on it, or protect yourself from it, without using the word blockchain? … Where are they living problems? Is it with their money management, is it with information that’s disappearing, is it with constantly being hacked, where is the problem that they have? Are they having issues with their suppliers because they’re getting constantly material that has low quality and they can’t trace why or where it’s coming from?”

That’s not to say that blockchain doesn’t have some specific use cases where it thrives. “The number one thing that I always talk about that is one of my dreams in this industry right now is, responsible gaming, in a blockchain world, is perfect,” Hall exclaimed. “But that being said, blockchain is coming along with very exciting, easy applications, so that jurisdictions can start to work together, and they can start to bring their workload down and invest more of their time in what they love to do, which is to evolve the jurisdiction instead of doing the administrative side, which blockchain takes away from automation.”

Speaking to Tower at the ASEAN Gaming Summit 2019, Hall said he expects big things from the Asian region going forward. “I always look at Asia as being ahead, more innovative, more creative, and takes more risk,” he declared. “Asian blockchain for me, when I look at Asia, I look at blockchain. So what I’m starting to see here is that, because the operators in Asia are so mature, they deal with problems at a much more complex level than a small operating casino in South Africa, or a small operating system in Canada somewhere. Blockchain for them is mitigating risk. It’s so exciting to see what’s going on in Asia with blockchain right now.”