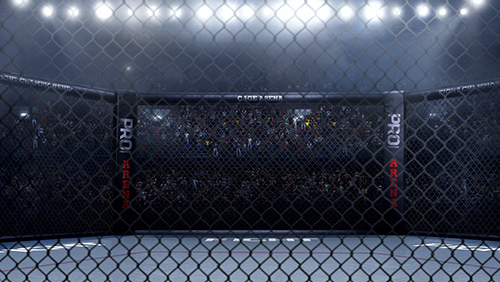 The UFC took a break over the Memorial Day holiday weekend in the United States, but it’s back this Saturday with a card from Ericsson Globe Arena in Stockholm, Sweden, headlined by a light heavyweight bout between Alexander Gustafsson and Anthony Smith. Because of the time difference, the main card starts at 1pm ET so the main event should begin around 3pm ET.

Whenever the UFC heads outside the United States, it tries to populate the card with as many fighters as possible from that country. Sweden isn’t exactly an MMA hotbed, with Gustafsson (18-5) likely the best-known fighter from there. The light heavyweight champion is arguably the baddest man on the planet after Jon Jones. Gustafsson is ranked second in the division and is a -305 favorite Saturday. He hasn’t fought in his native country in two years.

“The Mauler” was last in the Octagon in a title fight against Jones at UFC 232 in December and lost by third-round TKO (punches) as a +125 underdog. That was Jones’ return from a 15-month suspension for yet another positive drug test. It was Gustafsson’s third loss in a light heavyweight title fight. He was beaten by current heavyweight champion and pound-for-pound king Daniel Cormier via split decision at UFC 192 and by Jones via unanimous decision at UFC 165. When Gustafsson wins, it’s usually (61 percent) by KO or TKO.

The American Smith (31-14), a +235 underdog, is ranked No. 4 in the division. He also comes off a fight against Jones, losing by unanimous decision in March. Smith had won his previous three against excellent competition in Volkan Oezdemir, Mauricio Rua and Rashad Evans to climb the rankings and earn a title shot. Smith has finished 28 of his 31 career wins.

The co-main event is also at light heavyweight with Oezdemir a -120 favorite over Ilir Latifi. Oezdemir (15-4), from Switzerland, has lost his past three but is still ranked seventh in the division. A total of 11 of his wins are by KO/TKO. Latifi (14-6), also a Swede, last fought on the UFC 232 undercard and lost by unanimous decision to Corey Anderson. Latifi is ranked No. 9 among light heavyweights and is listed at -110 for Saturday in front of his countrymen.