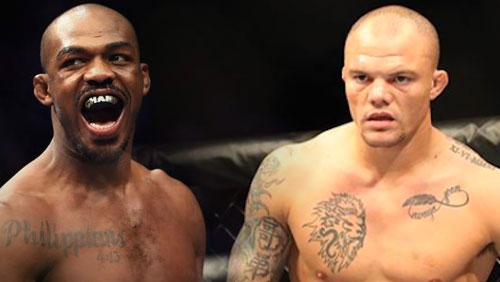 It has been a rough couple of weeks for the UFC from a public relations standpoint. Earlier in February, UFC 234 in Australia was to be headlined by a fight between middleweight champion Robert Whittaker and top contender Kelvin Gastelum, but Whittaker had to pull out due to a hernia. Then, the most dominant UFC welterweight of all-time, Canadian Georges St-Pierre, announced his retirement from the sport despite prodding from lightweight champion Khabib Nurmagomedov for a mega-bout.

So, the organization could use some good news and it has a spectacular card set for UFC 235 on Saturday at T-Mobile Arena in Las Vegas. St-Pierre is on the short list of greatest MMA fighters in history. Some believe the best is Jon Jones (23-1) who defends his light-heavyweight title against relative unknown Anthony Smith (31-13). Not surprisingly, Jones is a big -850 favorite with Smith at +525. Smith winning would be nearly akin to Buster Douglas knocking out Mike Tyson.

Jones’ talent is unquestionable, but his decision-making has always been a problem, from some legal issues to multiple failed drug tests. He was to fight Alexander Gustafsson in a rematch at UFC 232 in late December also in Las Vegas, but Jones beforehand tested positive for a trace amount of a steroid. The Nevada State Athletic Commission wouldn’t sanction him for that fight, so the entire card was moved to Los Angeles in an unprecedented action. That’s how important Jones is to the UFC. He beat Gustafsson again, this time by third-round knockout (punches).

Smith, also an American, rarely goes to the judges with just two of his wins and one loss via that route. He has won 17 fights by knockout or TKO and enters on a three-fight winning streak over quality opponents in Volkan Oezdemir, Mauricio Rua and Rashad Evans.

The other title fight at UFC 235 is welterweight champion Tyron Woodley (19-3-1) as a -165 favorite over the No. 2 ranked fighter in the division in Kamaru Usman (14-1), who is +135. It’s the fifth title defense for Woodley, who hasn’t lost since UFC 174 (one draw since) and is off a second-round submission of Darren Till in September 2018. Usman was last in the Octagon in November of last year, beating former lightweight champion Rafael dos Anjos in a unanimous decision in the finale of “The Ultimate Fighter 28.” That earned Usman his title shot.