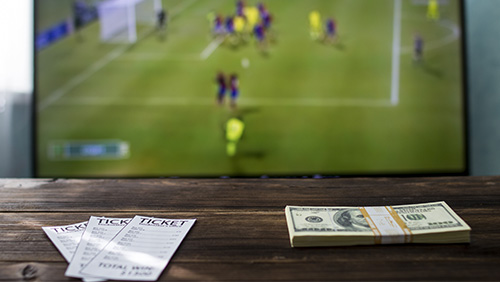 Sports gambling can be tricky. There’s a nuance to it that requires the gambler to have a good grasp of the contest’s components when analyzing the situation. Things can always go wrong, but gambling is fickle—you have to be willing to take the bad with the good. One young gambler out of California wasn’t able to accept defeat though, and took out his frustrations on those that

caused him losses. Addison Choi turned to social media to vent his anger, sending death threats to more than a handful of athletes and will now pay the price for his impetuous attitude by spending time behind bars.

The 23-year-old pleaded guilty in court to one count of “transmitting in interstate and foreign commerce a threat” to harm someone. He faces up to five years in the slammer, but could see his sentence reduced to anywhere from 21 to 27 months if prosecutors get their way.

Choi is lucky—the sentence could have been much worse. He wasn’t able to deny his activity, since he was stupid enough to convey the death threats over social media, and 45 different athletes had received his message loud and clear on their Instagram accounts.

In a redacted example of one of his tirades, Choi told an athlete in 2017, “I will kill you and your family and f—— hang them on a tree you stupid ugly mother——” and “I’m going to hunt you down and f—— skin you alive you stupid f—.” Not quite done venting, he added, “I hope you f—— die you stupid monkey n—–.”

Choi wasn’t selective in his targets—they covered virtually all sports, including football, basketball, baseball, hockey, soccer and tennis. He even went after those close to the athletes, sending a message to the girlfriend of one, “I will f—— kill [name] you dumb f—— bitch… leave that irrelevant stupid mother—–.”

Perhaps Choi’s lawyer could have tried to use a Tourette syndrome defense, but that’s now irrelevant. In addition to the possible prison time, Choi will also be forced to serve three years of supervised release and pay a fine of $250,000.