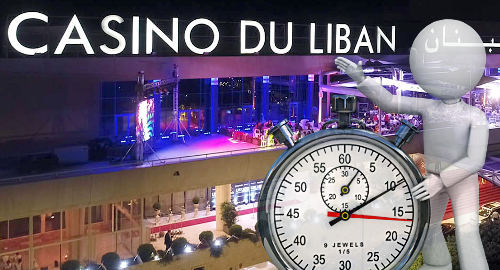 Lebanon’s only legal casino operator is planning to launch an online gambling service, although this isn’t the first time the casino has made this promise.

On Wednesday, the Daily Star quoted Roland Khoury, chairman of Lebanon’s Casino du Liban, saying the casino was “making all the preparations to set up the online gambling site in six months.” Khoury claimed the plan, which involves both casino games and sports betting, was fully supported by Lebanon’s government.

For the record, Casino du Liban launched a tender for an online gambling technology partner way back in January 2017. However, in-fighting among local politicians over who gets to oversee online gambling has prevented passage of the necessary legislation.

Khoury said the Lebanese government would “block the rest of the online gambling sites” once Casino du Liban’s site was up and running. That’s also something of a redundant claim, as the government has been taking steps to protect its casino monopoly from international online interlopers for the better part of a decade (although these efforts, similar to other ban-happy jurisdictions, have proven porous).

It remains to be seen if Casino du Liban’s online gambling site will launch as promised and who will manage its online operations. The casino’s land-based gaming operations are managed by London Clubs International, a division of Caesars Entertainment, which has plenty of online gambling experience.

Casino du Liban opened a few miles north of Beirut in 1959, closed in 1989 due to the region’s perpetual violence, then reopened in 1996 with a new 30-year license. The casino narrowly avoided a planned car bombing on New Year’s Eve 2014 and the U.S. State Department warned its citizens in September 2017 to steer clear of the property due to unspecified threats.

Casino du Liban’s management has routinely complained about the 50% tax the state levies on its slot machine revenue, which results in an annual tax bill of around $45m. Khoury said Wednesday that the estimated 200 ‘amusement centers’ offering electronic gaming to Lebanese adults pay only around $5m in total.

Khoury said that if these shops were closed, slots activity at Casino du Liban would soar, resulting in a major boost to the government’s tax revenue. But if the state won’t agree to shut these shops, Khoury suggested the government should cut Casino du Liban’s slots tax by 10 points to 40%. Khoury vowed that these savings would go toward improving the property and not simply kicked back to casino investors.