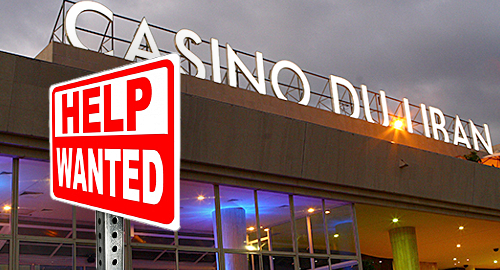 On Friday, Business News Lebanon reported that Casino du Liban had launched a public tender inviting international technology firms to partner on an online gaming platform that will offer “all forms of gaming and sports betting” options.

It’s unclear how long the tender has been open, but it reportedly closes on Thursday, January 19, meaning any company that wants to be considered needs to submit its proposal ASAP.

Bidders must be able to demonstrate experience in providing online gambling technology, as well as some fairly significant financial hurdles. The tender stipulates that applicants “should be already generating their own revenues of not less than $650 million, of which 75% should be from gaming and gambling activities.” The winning bidder also needs to commit to investing “a minimum of $15 million” in Casino du Liban’s new platform.

Since 1995, Casino du Liban has held a monopoly on gambling activity in Lebanon, which currently has no laws on its books governing online gambling. In 2013, the government forced the nation’s internet service providers to block the domains of international online gambling sites it claimed were infringing on Casino du Liban’s monopoly turf.

Casino du Liban opened just north of Beirut in 1959 but closed in 1989 following years of violence in the country before reopening in 1996 after undergoing a major refurbishment. The property is managed by London Clubs International, a division of US casino giant Caesars Entertainment, which operates its own real-money online gambling business, which could give the company the inside track on securing the online contract.

It remains to be seen how the region’s hotheads will view the casino venturing online. Islamic radicals targeted the property for a suicide car bombing on New Year’s Eve 2014 but the plot was foiled by the Lebanese army.