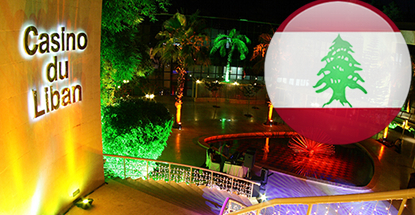 Beirut’s Casino du Liban was the planned target of Islamic suicide bombers, according to local media reports. The casino, Lebanon’s only legal gaming venue, was to be bombed on New Year’s Eve.

Last week, the Lebanese army arrested three individuals said to be acting on behalf of the al-Nusra Front, an Al Qaeda-linked militant group. Lebanese newspapers reported that the detained suspects told investigators the casino plot was hatched by two fugitive terrorists, Shadi al-Malwlawi and Osama Mansour. The group had targeted a number of major facilities popular with westerners, including the Le Royal hotel.

It was the job of one of the three arrested men, Elie Warraq, a recent convert to Islam, to use the Christian designation on his ID card to gain access to the casino then detonate a car bomb. Warraq failed to carry out his plan because of what Naharnet reported as “logistic difficulties.”

Lebanese security forces remain on the hunt for several other would-be suicide bombers. In response to the news, the US Department of State issued a travel advisory warning to US citizens in Lebanon, advising them to “take appropriate measures to ensure their safety and security.”

Casino du Liban has definitely known better days. On Tuesday, the gaming joint’s owners announced they were laying off 191 employees. The casino has been struggling to pay the bills, leading it to sever its ties with staffers it claimed were “absent, undisciplined, unorganized and unproductive.”

News of the layoffs, not to mention the insults to their characters, prompted a number of the affected staffers to protest outside the casino. The Daily Star said employees have asked legislators to intervene based on their claims of management’s ‘corruption, political favoritism and embezzlement.’ Management has so far refused to reconsider its dismissals.