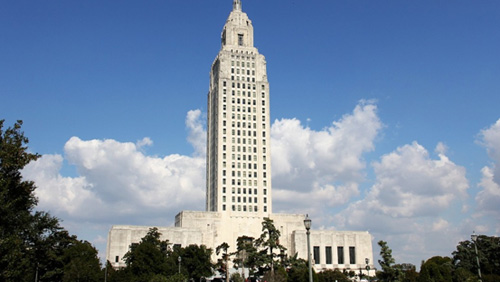 Anyone expecting Louisiana to legalize sports gambling before the end of the current legislative session can quit holding his breath – it’s not going to happen. A bill submitted by Senator Danny Martiny to try and grab a piece of the industry has been stopped in its tracks by the House Appropriations Committee. The bill has reportedly become so bogged down with amendments that it can’t take another step forward.

Earlier this month, the bill was still making progress, albeit at a snail’s pace. Louisiana’s Senate liked the bill, giving its seal of approval for wagers on professional, college and international sports competitions at all of the state’s 16 casinos, as well as its four racetracks. However, the House took the bill and began to chop it up, adding new amendments designed more to cause confusion that to support the interests of Louisiana’s residents.

Martiny had correctly argued that residents were already participating in sports gambling, but that they were doing so through illegal offshore sites or by visiting Louisiana’s neighbor, Mississippi where the activity was legalized last August. He was pushing the bill as a means to raise tax income for the state, as well as to ensure better consumer protection. The House is apparently against both goals.

The House Appropriations Committee rejected the bill by a vote of 14-6. Martiny indicated that it had become so obfuscated by amendments that there would be virtually no chance of the bill being approved if it were sent to the House floor for a vote.

Martiny has asserted that legalized sports gambling could give the state up to $60 million in tax revenue each year. Opponents have countered that prediction by saying that expanding gambling options in the state would hurt families and make addiction problems worse. They apparently haven’t done their homework, as several studies have shown that increased gambling options do not lead to more addiction.

The bill doesn’t directly authorize sports gambling. Instead, it would allow the state’s parishes to place a ballot entry in this coming October’s election whether or not residents in each of the parishes would want to allow the activity. However, with the current legislative session coming to an end and political infighting keeping lawmakers shortsighted, things don’t look good for Louisiana‘s legal sports gambling industry.