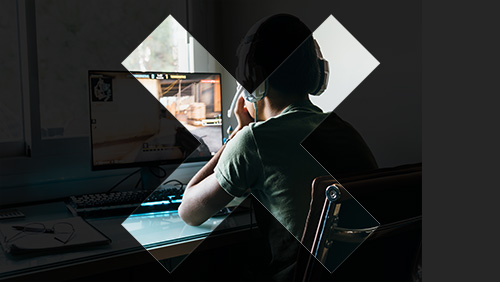 Three stories from the world of Esports starting with a ban for a Clash Royale cheat, continuing with news of an Esports investment from ‘Iron’ Mike Tyson, and ending with a potential appearance on mobile for League of Legends.

The Esports Integrity Coalition (ESIC) has once again proved its worth by identifying a cheat and banning them from the game.

ESIC has handed out a 12-month ban for all Esports to Clash Royale pro, Jimit Bhatt, after an investigation revealed account sharing, boosting, and acquiring rank and rewards through deception.

Bhatt was competing in the Electronic Sports League (ESL) India Premiership, which is subject to ESIC’s Code of Conduct and Anti-Corruption Code.

Working with Clash Royale’s developer, Supercell, ESIC learned how Bhatt’s account had been logged into from 10 countries via 30-devices in a single month. If that wasn’t enough, ESIC also got their hands on video footage of Bhatt playing on his phone and chatting with friends, as someone else used his account. Account sharing is illegal because it gives multiple users the edge over single users when it comes to accumulating ranking points and prizes.

Ian Smith, ESIC Integrity Commissioner, told Esports Insider “I’m never happy, as Commissioner, to have to deal with unfortunate cases like this. I know that in emerging esports economies we are going to come across cases where the desire to monetise and take advantage of good game skills will cross ethical and regulatory boundaries, and I see this primarily as an issue of education. I hope this case serves as a lesson and a deterrent to this kind of common behaviour in the mobile gaming world as it increasingly takes its place in esports.”

It was 2015 when Tim “Theude” Bergmann created a Hearthstone team called Fade 2 Karma (F2K). I imagine he would have thought you needed the infirmary had you told him that within four years he would be inking a deal with ‘Iron’ Mike Tyson.

Since those early days, F2K has become much more than a Hearthstone team adding the likes of Magic the Gathering: Arena, Gwent and Yu-Gi-Oh to their stable, and their success has come to the attention of the baddest man on the planet.

Tyson, who became interested in Esports through his son, is investing in the team, helping them to build a new streaming facility near Los Angeles. The top of the art facility will be called ‘The Ranch House.’ Tyson also has a marijuana resort near the same location called the ‘Tyson Ranch’, and one assumes he will be keen to keep his players out of that place.

Riot and Tencent looking at League of Legends mobile options

Finally, a story has emerged in Reuters on Tencent Holding’s interest in taking League of Legends (LoL) mobile.

According to the report, it’s not the first time that Tencent has proposed to their U.S unit, Riot Games, that LoL Mobile would bring in the reddies, but so far, the Riot Games crew have been able to hold them at bay.

The Chinese-based gaming giant launched a similar game on mobile called ‘Honour of Kings’, and it became the world’s highest grossing multiplayer online battle arena game. Following up on that success, Tencent launched an adaptation of that game in the West, called ‘Arena of Valor’, but it never pulled in the numbers of ‘Honour of Kings.’

LoL brought in $1.4 billion in revenue, last year, 21% down on the previous year according to data providers, Statista. Tencent bought a majority stake in Riot Games back in 2011 and took complete control in 2015.

According to data crunchers, Newzoo, mobile games contribute 57% of video game revenue in China, but only 36% in the U.S. If there was a game capable of increasing those Western numbers it would be LoL. It’s the most popular desktop Esport in the world with 24.7% of PC gamers playing the game in April. ​

How betting integrity in esports is evolving
Derek Tonin
28 May 2019
.