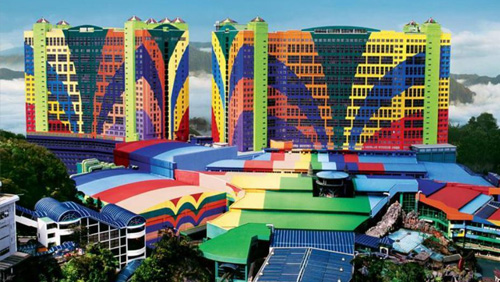 Genting Malaysia Bhd had a hard first quarter. The casino operator saw its profits drop more than 25% year-on-year, despite reporting higher revenue. Genting, in certain parts of its operations, had to spend twice as much money, which led to the reduction in profits, giving the company just $64 million in profit compared to the $85 million it saw in the same period last year.

Revenue for the quarter came in at around $653 million, an uptick on the $572.5 million from a year earlier. “Other expenses,” according to the company’s earnings report (in pdf), jumped 83% to $121.98 million year-on-year, partly as a result of activity at Resorts World Genting. The company stated that the results had been “impacted by a provision for contract termination related costs of MYR198.3 million [$47.3 million] in relation to the outdoor theme park at Resorts World Genting.”

Genting Malaysia has three primary operating areas – Malaysia, the UK and Egypt and the US and the Bahamas. Adjusted EBITDA (earnings before interest, taxes, depreciation and amortization) in each, respectively, were $132.5 million, $9.7 million and $15.7 million for an aggregated Adjusted EBITDA of $158.05 million.

As a result, Maybank Investment Bank issued analysis today that gives the company “upside potential” if its Resorts World Genting theme park bounces back from the loss of backing by Disney and Fox. Additionally, Genting Malaysia would also need to resolve its issues with the Mashpee investment to find recovery.

Genting Malaysia isn’t convinced that huge growth is possible in the near future for anyone in the gaming industry. The company added in its report, “The expansion of the global economy is expected to moderate amid slower growth momentum in certain major economies and emerging markets, as the increasing prevalence of geopolitical and policy uncertainties continue to pose downside risk. In Malaysia, economic growth is expected to continue at a slower pace in view of the subdued sentiments surrounding the global and domestic environment.

“Meanwhile, the regional gaming market is expected to be increasingly challenging amidst the uncertain economic backdrop, as evidenced by the recent performance of certain gaming operators in Macau and Singapore. The Group remains cautious on the opportunities and growth potential of the leisure and hospitality industry.”